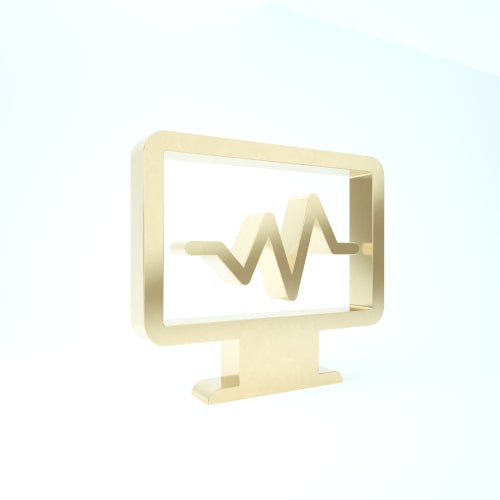 (Kitco News) The gold market might face a real test next week – holding the $1,700 an ounce level. This will be critical for the precious metal, which has stayed largely above that level for all of 2021, according to analysts.

Even with China's Evergrande fears worrying the markets, gold failed to move sustainably above the $1,750 an ounce level.

And with higher Treasury yields and a stronger U.S. dollar following the upbeat Federal Reserve announcement, the precious metal could be in danger of testing the $1,700 level, said OANDA senior market analyst Edward Moya.

"The $1,700 level held up for all of this year, except for a brief moment when it dropped towards $1,680 a few times but managed to quickly recover," Moya told Kitco News.

Gold has always been able to find buyers below this level. But will the market see that happen again? "Investors are now preparing for the Fed to start tapering in November and be completed by next year," Moya said.

The current trading pattern sees gold first rallying on some new risk event but then giving up all of its gains as tensions ease.

Next week, the focus will shift to the debt ceiling debate, with U.S. Treasury Secretary Janet Yellen and Federal Reserve Chair Jerome Powell continually stressing the urgency of the matter. Also on the radar will be the progress around the infrastructure package.

Any obstacles surrounding those two events can help support gold prices next week, Moya noted. "There is some concern that it might not get done in time. But, at the end of the day, there should be an agreement on the debt ceiling," he said. "If Treasury yields continue to move higher, that has been kryptonite for gold."

At the same time, if there is an easy resolution to the debt ceiling, the shutdown is averted, infrastructure bill is passed, and the U.S. stocks rally back towards the record-high territory, then gold could see a more significant selloff below $1,700, Moya stated.

Right now, there is this wait-and-see approach in the gold space, with some traders watching the longer-term impact from the supply bottlenecks.

"We heard from a few companies like Nike and FedEx. It is either supply chain issues or labor shortages. Everything is screaming inflationary pressures," Moya said. "This could trigger another move higher in yields. But eventually, there will be a turning point, where gold will start to act as an inflationary hedge."

Until gold can start behaving like a hedge against rising prices, it is likely to remain vulnerable, Moya added.

With Powell confirming the start of tapering in November, the risk for gold is to the downside, said TD Securities head of global strategy Bart Melek.

But beyond that, the environment is still a good one for gold and a significant selloff is unlikely, Melek told Kitco News. "With the rate of growth globally slowing down, it will be increasingly tough for the U.S. economy to post the rates of growth that they have. And given the Fed's policy objectives of full employment, they will be okay with above-target inflation. It might be necessary for the Fed to keep those rates down for a long period of time," Melek said.

Also, when Powell talks tapering, he is talking only about reducing current asset purchases, not selling what the Fed has acquired during the pandemic. And this works in favor of gold, he noted. "Rates will be quite low. Not a bad situation for gold. Do I see gold surging? No. But I don't see it dropping too far either. I do see a rebound once the taper program starts," Melek said.

The $1,700 is the next level of support for gold, he added. "We could be testing that any time, particularly if we get strong data reports next week. Resistance remains at $1,800."

It will be a reasonably busy data week, including U.S. durable goods orders on Monday, GDP Q2 report on Thursday, and PCE price index on Friday, which is the Fed's favored measure of inflation.

Treasury Secretary Yellen will also be testifying at the same hearing on Tuesday.