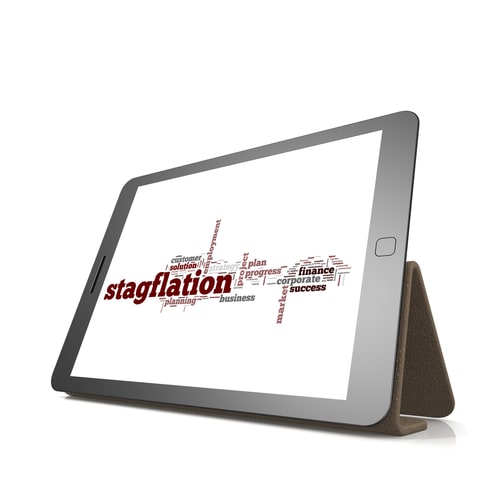 (Kitco News) The stagflation risk is back on the table as the looming energy crisis stirs up old inflation fears. This is good news for gold, which proved this week that there is strong buying interest below the $1,750 an ounce level, according to analysts.

After falling towards $1,720 an ounce mid-week, gold surprised with a quick double-digit recovery to $1,760 on Friday.

"What's been driving gold these days is market pricing of Fed's exit. Both the tapering and a potential rate hike on the horizon were being priced in," TD Securities commodity strategist Daniel Ghali told Kitco News. "As a result of that, we've seen substantial repricing of the Treasury markets, and that has been primarily weighing on gold."

"Stagflation is a theme that has been increasing on our collective minds," Ghali said. "The fact that gold managed to rally despite falling below $1,750 changed the technical outlook. From that perspective, we could see higher gold prices. The $1,750 level is now support, and $1,800 is resistance."

"The U.S. dollar is taking a breather, bond yields are coming back down. There is going to be another inflationary vibe. There are a lot of supply chain issues." Lusk told Kitco News. "As we get into the fourth quarter of the year, we'll get a new round of data and a new round of earning results."

And even though gold seems to lack its safe-haven allure at the moment, higher energy prices could bring it back. "Over time, if the energy market continues to chug higher, in some shape or form, it will drag gold prices higher along with it," Lusk said.

From a technical perspective, the $1,730 an ounce area remains a popular one to buy, according to the Walsh Trading co-director. "You see where the buying interest comes in and where selling dries up. It’s $40 range from $1,690 to $1,730. Should we get a close below $1,690, it could knock gold down an additional 5%," he said.

On the upper range, gold will want to climb back to $1,830. "I'm watching the dollar and equities for direction. Gold needs to get out of the downtrend and to take out $1,835 and stay above it. What will precipitate that? Could be energy prices reaching over $80 or general uncertainties about the virus," Lusk added.

On next week's radar is also the continuation of the heated debt ceiling debate. Even though the U.S. government avoided a partial federal shutdown on Thursday when the Senate and House passed a bill to keep the government funded through December 3, the October 18 default deadline is still weighing on the markets.

U.S. Treasury Secretary Janet Yellen testified this week: "If the debt ceiling is not raised, there would be a financial crisis, a calamity. It would undermine confidence in the dollar as a reserve currency … It would be a wound of enormous proportions."

Despite these fears, the impact on gold is unlikely to be significant, noted Ghali, adding that the issue will most likely be resolved. "I don't believe the market is really pricing in these risks. While the impact of a default would be massive, the likelihood of that is too small," he said.

Next week, the biggest data release will be the U.S. employment report from September, with market consensus projections calling for 460,000 new positions and a 5.1% unemployment rate.

"At his testimony to Congress earlier in the week, Federal Reserve Chair Jerome Powell said conditions 'have all but met' the test for QE tapering with this coming week's jobs report set to confirm it … With Covid cases falling away sharply, we expect September to have seen a re-acceleration to the 450-500,000 range," said ING chief international economic James Knightley. "A tapering announcement at the November 3rd FOMC meeting is our base case."

Other data to be released include factory orders on Monday, ISM non-manufacturing PMI on Tuesday, ADP nonfarm employment on Wednesday, jobless claims on Thursday, and building permits on Friday.