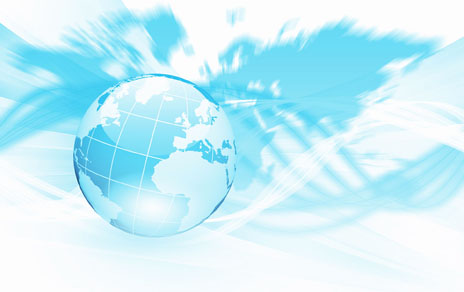 (Kitco News) - The growing demand for electric vehicles and the global push to develop green energy are creating an insatiable appetite for rare earth elements and specialty metals that could take years to satisfy, according to one mining executive.

In an interview with Kitco News, Mark Smith, CEO and chairman of NioCorp Development, cited sector research that rare earth elements market is expected to grow 433% in the next 10 years.

"We've got a lot of work in front of us that we need to get going now to make sure that we can meet future needs,"; Smith said.

What Smith sees as the new bull market for rare earths comes a decade after the market dropped sharply after hitting record highs. Smith said that there are fundamental differences between the rally he sees today and the one 10 years ago.

Smith explained that 10 years ago the rally in rare earths was driven by geopolitical factors as China held back supplies as part of a dispute it had with Japan. When that dispute was resolved the market was once again well stocked with ample supply.

Smith said that in 2011 he saw the market's record prices as a bubble waiting to bust. However, he added that today's price environment is a lot more sustainable. Structural changes in the global economy are driving demand, he said.

"A lot has changed in the last 10 years. This demand for rare earths is being driven by society,"; he said. "Society wants renewable energy, but we need to have the minerals to support that renewable energy. These new societal demands that are driving the minerals market are real and sustainable.";

One thing that hasn't changed in the last 10 years is China's control of the rare earth market. However, Smith said that China is losing its grip on the market as demand outstrips what the nation can produce.

Smith added that the supply issues experience in the last two years because of the COVID-19 pandemic has also generated a strong push for countries to develop their own domestic supply of rare earths.

Currently, NioCorp is developing its Elk Creek property in Southeast Nebraska. The company is creating a superalloy materials project in that will produce niobium, scandium, and titanium.  The company also is evaluating the potential to produce several rare earth byproducts from the Project.

Smith explained that Elk Creek is North America's only niobium, scandium, titanium project and it has the highest-grade niobium North America.

Smith said that the project's fundamentals are being drive by niobium, which is mixed with steel and the alloy improves the metal's strength, particularly at lower temperatures. Smith explained that the need for niobium is so high that NioCorp has offtake agreements to lock about 75% of the projects resource for the next 10 years. Smith added that he expects 100% of the resource will be locked up in offtake agreements by the time construction starts.

Smith noted that there are only three miners in the world currently producing niobium. Two of the companies are in Brazil, which accounts for about 90% of the world's supply.

"With all the supply issues we have seen having this concentrated supply is making a lot of people nervous. I think nobody in the world will, will argue the point that we need a diversity of supply."; he said.

Along with the three metal alloys, NioCorp is also looking to produce as byproducts rare earth elements used to make permanent magnets, which are used in electricity and wind turbines.

According to the company's 2019 Feasibility Study, it is looking to produce on average of 7,220 tonne of nobium, 95 tonnes of scandium and 11,642 tonnes of titanium per year. The mine is expected to have a 36-year mine life.

Smith said that they are currently working on fully defining the resource estimate and raising financing to start construction.