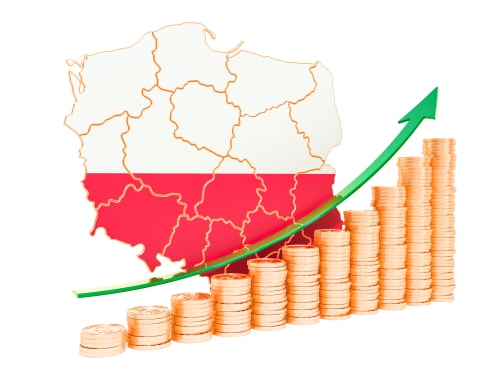 (Kitco News) National Bank of Poland (NBP) plans to purchase 100 tons of gold next year to prepare for "the most unfavorable circumstances," according to the Bank's Governor Adam Glapinski.

The goal is to boost the country's financial stability, Glapinski said in an interview with the local Gazeta Wroclawska newspaper.

"Why does the central bank own gold? Because gold will retain its value even when someone cuts off the power to the global financial system," Glapinski told the newspaper. "Of course, we do not assume that this will happen. But as the saying goes - forewarned is always insured. And the central bank is required to be prepared for even the most unfavorable circumstances. That is why we see a special place for gold in our foreign exchange management process."

The acquisition is likely to be made mid-next year when Glapinski is to be re-elected as Governor.

Poland's central bank treats gold as a safe-haven asset that will increase in value during times of increased risk, financial and political crises, or other turmoil in the global markets, Glapinski explained.

Gold is also an excellent hedge against the U.S. dollar fluctuations, the Governor added.

"Gold is characterized by a relatively low correlation with the main asset classes - especially the U.S. dollar dominating the NBP reserve portfolio - which means that including gold in the reserves reduces the financial risk in the process of investing them," he said.

Poland could become a major gold buyer next year, said Commerzbank analyst Carsten Fritsch. "The NBP had already increased its gold reserves by 100 tons the year before last and had announced further purchases in the coming years. Eastern European central banks are thus continuing to expand their gold reserves," Fritsch said.