After mass cancellations, Southwest expects flights to normalize this week

The airline had canceled 1,124 flights, or 30% of its daily operation, on Sunday and more than 800 trips on Saturday, according to data from flight tracking platform flightaware.com. The website also showed over 588 cancellations on Monday.

Southwest Chief Operating Officer Mike Van de Ven said in a message to employees late on Sunday that the sudden flight cancellations had caused staff shortages and may lead to a reduction in the number of flights the company can operate in November and December.

Southwest, whose shares fell as much as 4.3%, did not give the number of cancellations, but said it was "significant".

"While we work to stabilize our operations, we anticipate to resume normal service this week," the airline said in a reply to a tweet from a flier asking about a canceled flight. 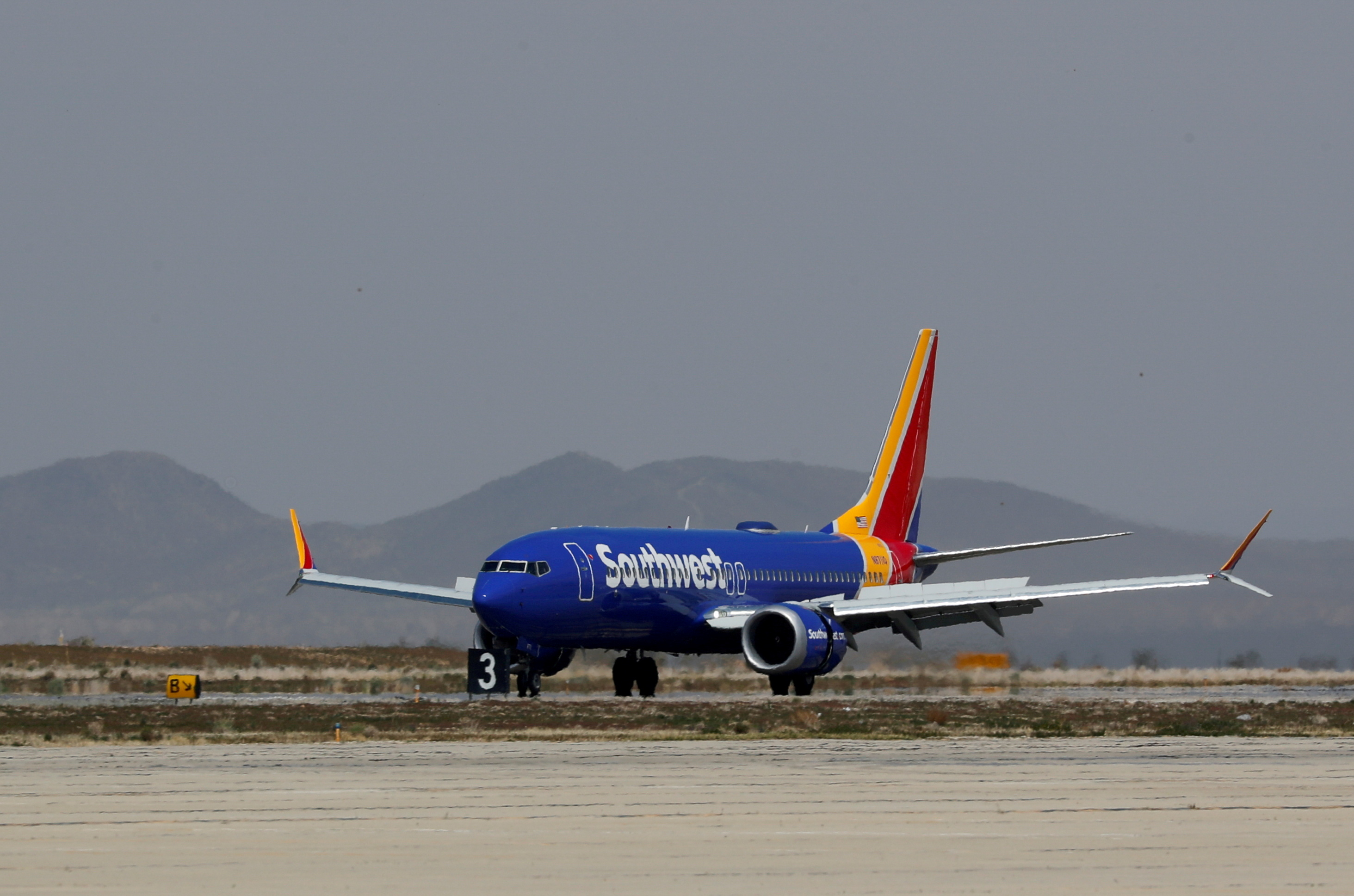 Meanwhile, its pilots union has denied speculation on social media that the cancellations were due to their action.

The union said in a statement on Saturday that it was "aware of operational difficulties" but its pilots were "not participating in any official or unofficial job actions."

It had last week said it would file a temporary restraining order to stop Southwest from complying with a COVID-19 vaccine mandate for federal contractors, which included major airlines.

Southwest's executive vice president of daily operations, Alan Kasher, said on Sunday that due to the staffing shortages caused by the weekend's disruptions, the airline would implement mandatory overtime for employees.

The Federal Aviation Administration said on Sunday "no FAA air traffic staffing shortages have been reported since Friday. Flight delays and cancellations occurred for a few hours Friday PM due to widespread severe weather, military training, and limited staffing in one area of the Jacksonville en route center."

Reporting by Sinéad Carew, David Shepardson and Uday Sampath; Editing by Edwina Gibbs, Arun Koyyur and Shailesh Kuber
Disclaimer: The views expressed in this article are those of the author and may not reflect those of Kitco Metals Inc. The author has made every effort to ensure accuracy of information provided; however, neither Kitco Metals Inc. nor the author can guarantee such accuracy. This article is strictly for informational purposes only. It is not a solicitation to make any exchange in commodities, securities or other financial instruments. Kitco Metals Inc. and the author of this article do not accept culpability for losses and/ or damages arising from the use of this publication.