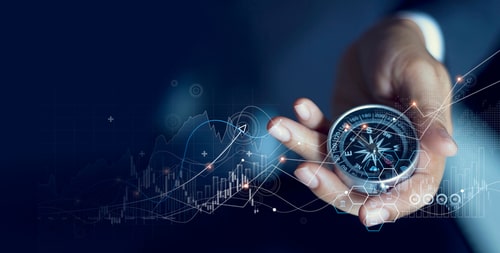 In its World Economic Outlook, the IMF said its 2021 global growth forecast is now at 5.9% from the previous July estimate of 6%. The forecast for 2022 remained unchanged at 4.9%.

"This modest headline revision, however, masks large downgrades for some countries," the IMF said in the report. "The outlook for the low-income developing country group has darkened considerably due to worsening pandemic dynamics. The downgrade also reflects more difficult near-term prospects for the advanced economy group, in part due to supply disruptions."

China's growth forecast for this year was trimmed just by 0.1 percentage point to 8%. Growth projections for Japan, the U.K., Canada and Germany were also cut. Meanwhile, the euro area growth outlook for 2021 was raised to 5% from 4.6%.

After the report's release, gold prices saw double-digit gains as December Comex gold futures advanced more than $12 to $1,768.60, up 0.73% on the day. At the same time, increased safe-haven demand for gold was somewhat constrained by gains in the U.S. dollar index.

"Overall, risks to economic prospects have increased, and policy trade-offs have become more complex," Gita Gopinath, the fund's director of economic research, said in the report. "The dangerous divergence in economic prospects across countries remains a major concern."

The disparity in this economic recovery primarily comes from what the IMF calls the 'great vaccine divide,' noting that 96% of the population in low-income countries remains unvaccinated.

With rising stagflation fears worrying investors in the last quarter of the year, the IMF report stated that it sees inflation returning to 2% in advanced economies by the middle of next year. However, emerging and developing nations are still likely to see inflation at 4.9% next year.

For central banks, this means being ready to change tactics quickly and tightening monetary policies if inflation is more persistent.

"Although central banks can generally look through transitory inflation pressures and avoid tightening until there is more clarity on underlying price dynamics, they should be prepared to act quickly if the recovery strengthens faster than expected or risks of rising inflation expectations become tangible," the report added.