These commodities are most affected by high energy prices - Capital Economics 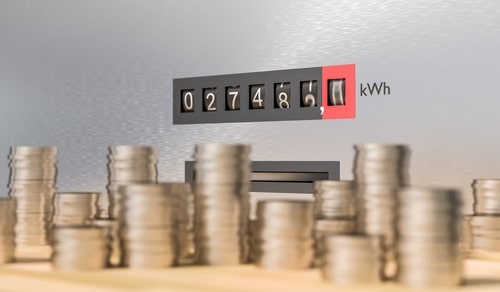 (Kitco News) With energy prices at multi-year highs, Capital Economics highlights the commodities most sensitive to these price fluctuations.

The commodities that are likely to be most affected by the looming energy crisis are the industrial metals, agriculture, and the precious metals sector, Capital Economics commodities economist Edward Gardner said in a report.

"Historically, energy prices have been most correlated with industrial metal prices, followed by agricultural prices, and precious metals prices. This is also evident from the annual correlations of different commodity prices with energy prices," the report said.

The higher the energy prices rise, the more it will cost to produce these commodities. "The precise association between energy prices and other commodity prices, however, depends on both the energy intensity of production and the similarity of underlying demand drivers," the report clarified.

"The energy required to produce and distribute industrial metals forms a similarly high (and sometimes much higher) proportion of total production costs. Comparing mean global energy costs of production, the energy intensity of precious metals output is higher than that of industrial metals, although precious metals miners are compensated by much higher prices," Gardner wrote.

According to the report, the agriculture sector is also very sensitive to energy-price fluctuations due to its dependence on gasoline fuel. Fuel is needed for planting, fertilizing, harvesting, and transporting the crops. The energy dependence also comes in with chemicals such as pesticides, which are produced using petroleum products.

"In general, energy costs account for around half of all production costs for farmers in the U.S., although there is variation depending on the crop, with wheat being particularly energy-intensive," Gardner noted. "What's more, rising energy costs can put upward pressure on some agricultural commodity prices because they raise the cost of substitutes."