What a U.S. debt ceiling extension means for bond markets

NEW YORK (Reuters) - Gridlock over the U.S. debt ceiling may have been temporarily resolved, but a longer-term solution has also been deferred. Last week’s truce appeased the bond market a bit, but investors are still eyeing default risks ahead of a new December deadline.

WHAT IS THE DEBT CEILING NOW?

After weeks of wrangling, the U.S. Senate approved the extension of the debt ceiling, the maximum amount the U.S. government can borrow as directed by Congress to meet its financial obligations, by $480 billion to what is now $28.9 trillion. It now goes to the U.S. House of Representatives for a vote on Tuesday before President Joe Biden can sign it into law. This is expected to cover debt financing needs through at least early December.

That will give Congress more time to pass a longer-term debt ceiling extension through reconciliation, analysts said. BofA Securities, in a research note, said it believes U.S. Treasury funding could go beyond December and into January or even February.

WHAT DOES THE U.S. TREASURY NEED TO PAY OUT OF THE DEBT LIMIT INCREASE?

The U.S. Treasury is expected to spend about two-thirds of the $480 billion of new borrowing authority fairly soon. Money market research firm Wrightson Capital, in a research note, said the Treasury, by law, must reinstate trust fund balances that had been disinvested during a “debt issuance suspension period” (DISP). The Treasury’s latest weekly debt ceiling activity report last Friday showed government trust funds were owed $301 billion in non-marketable securities as of Oct. 6. Wrightson said replacing those trust fund securities will leave the Treasury with less than $200 billion of traditional borrowing authority when the debt ceiling increase officially takes effect later this week.

WOULD THE TREASURY STILL BE ABLE TO TAP INTO EXTRAORDINARY MEASURES IF THE $480 BILLION RUNS OUT?

Estimates from Wrightson showed the Treasury is likely to use up the remainder of its regular borrowing by the first week of November. If so, Treasury Secretary Janet Yellen may have to declare a new DISP, which would allow the department to tap into its extraordinary measures again. That gives the Treasury roughly $300 billion of accounting flexibility, which should be adequate to cover possibly all of its borrowing needs, for the remainder of the year, Wrightson said.

WILL TREASURY BILL SUPPLY INCREASE WITH THE RISE IN DEBT LIMIT?

BofA Securities projects there could be a more than a $300 billion near-term increase in bill supply after the short-term debt limit is signed into law. This estimate is based on Treasury’s existing and target cash balances. The bills will likely take the form of one-month and short-dated cash management bills.

WHAT ARE THE NEAR-TERM MARKET IMPLICATIONS OF THE DEBT LIMIT EXTENSION?

As a result of the extension, the risk of a short-term debt default has eased, if not deferred to December. The thinly traded one-year credit default swaps that would pay off in case of a U.S. government default traded at 14.9 basis points last Friday, after spiking to 28 basis points before the debt limit increase. 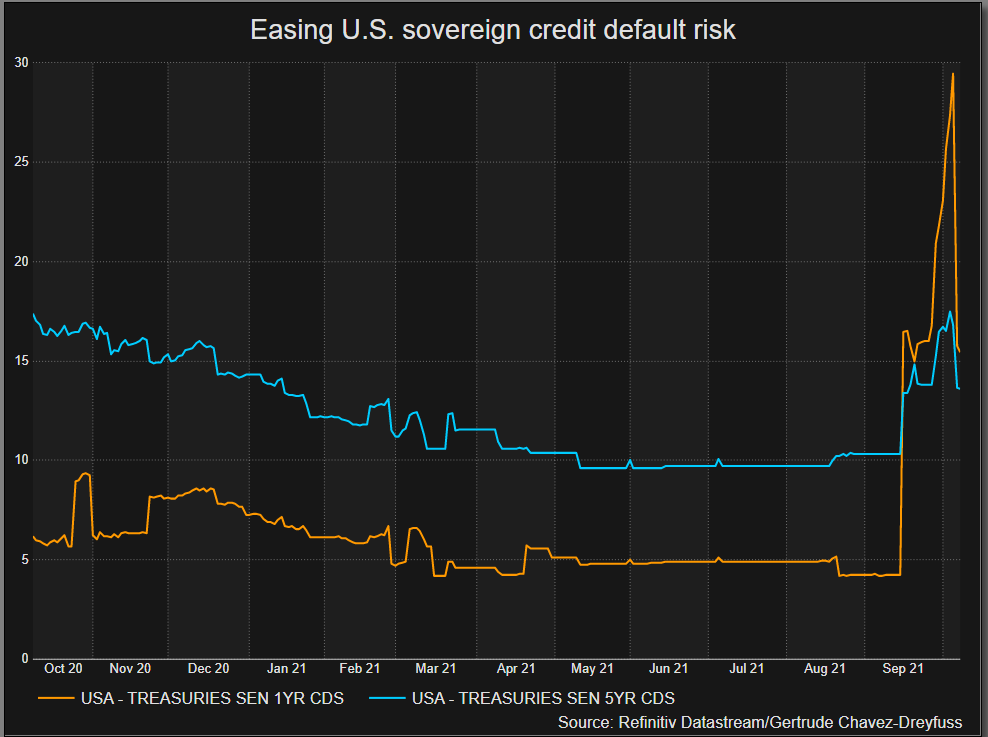 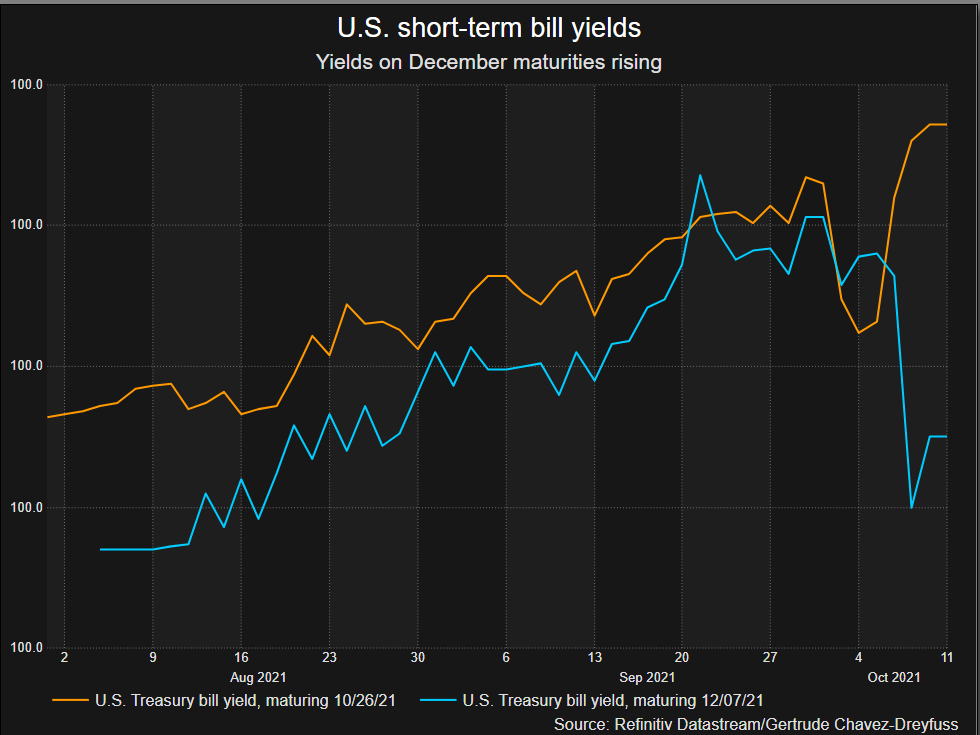 Outside of the bill market, however, there are few signs of stress. In the U.S. repurchase (repo) market, investors are keeping a close eye on the Treasury bill collateral pledged to them in both overnight and term trades. Barclays, in a research note, wrote that while lenders are watching debt ceiling-sensitive CUSIPs, or identification numbers, they have not excluded them from the eligibility list. That suggests some expectation of a debt ceiling resolution.