'Cryptocurrency is not supported by anything as yet' - Putin 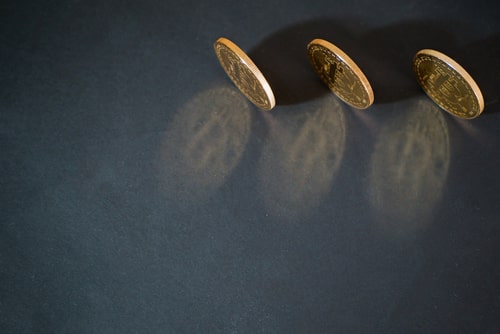 (Kitco News) Russian President Vladimir Putin weighed in on crypto at the Russian Energy Week, stating that cryptocurrency "has value," but it might be "too early" to use it as an alternative means of payment to the U.S. dollar when trading energy resources.

At the event held this week in Moscow, Putin was asked whether cryptocurrencies could be used to settle oil trades as an option to move away from the U.S. dollar.

Putin replied: "I believe that it has value. But I don't believe it can be used in the oil trade," he told CNBC on Wednesday. "Cryptocurrency is not supported by anything as yet. It may exist as a means of payment, but I think it's too early to say about the oil trade in cryptocurrency."

One of the potential obstacles for wider adoption that Putin flagged was crypto's heavy energy usage.

However, Putin made it clear that Russia is moving away from using the U.S. dollar when settling trade transactions.

"I believe the U.S. makes a huge mistake in using the dollar as a sanction instrument. We have no other choice but to move to transactions in other currencies," he said. "In this regard, we can say the United States bites the hand that feeds it. This dollar is a competitive advantage. It is a universal reserve currency, and the United States today uses it to pursue political goals, and they harm their strategic and economic interests as a result."

Over the summer, the Russian National Wealth Fund (NWF) ditched all of its U.S. dollar assets and increased its gold, euro, and Chinese yuan holdings.

The NWF's holdings of the U.S. dollar were reduced from 35% to zero. The wealth fund also cut its share of British pounds to 5%, Russia's Finance Ministry said back in July.

Crypto's surge this year is not going unnoticed by world leaders and central banks. In another latest comment, Bank of England Deputy Governor Jon Cunliffe warned that a collapse in crypto is a "plausible scenario."

"But as the financial crisis showed us, you don't have to account for a large proportion of the financial sector to trigger financial stability problems – sub-prime was valued at around $1.2 trillion in 2008," Cunliffe said in a speech on Wednesday." Such a collapse is certainly a plausible scenario, given the lack of intrinsic value and consequent price volatility, the probability of contagion between crypto assets, the cyber and operational vulnerabilities, and of course, the power of herd behaviour."

Cunliffe added that regulations for the crypto space are a "matter of urgency."