Hedge funds staying away from gold and silver, focus on tightening monetary policies 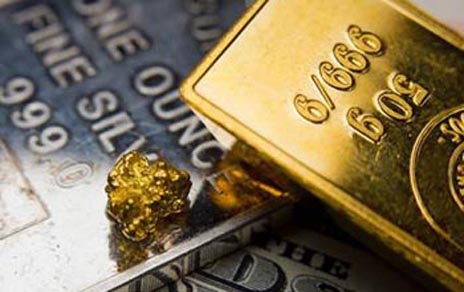 (Kitco News) - Hedge funds remain hesitant to jump back into the gold market as the Federal Reserve looks to tighten its monetary policy in the face of growing inflation pressures, according to analysts evaluating the latest trade data from the Commodity Futures Trading Commission.

Analysts note that although gold prices have managed to hold support above $1,750 an ounce, it has not attracted enough investor interest for a sustainable push above $1,800 an ounce.

The CFTC disaggregated Commitments of Traders report for the week ending Oct. 12 showed money managers increased their speculative gross long positions in Comex gold futures by 4,923 contracts to 131,668. At the same time, short positions increased by 570 contracts to 73,149.

Gold's net length now stands at 58,519 contracts, relatively unchanged from the previous week. During the survey period, gold prices were caught in a narrow range, holding support above $1,750 an ounce.

Although gold prices managed to push to $1,800 an ounce last week, the rally was fleeting, with prices falling back to where they started the week. December gold futures last traded at $1,766.50 an ounce, down 0.10% on the day.

"The prospect of a prolonged period of higher inflation has just started to make its way into asset prices. Stagflationary risks associated with the energy crisis have catalyzed a rise in breakeven inflation, but have also kept nominal rates under wraps," analysts at TD Securities said in a report. "While this should support precious metals, particularly amid the ongoing energy crisis, market pricing for Fed hikes has thus far kept gold prices from surging just yet."

Although gold prices have struggled to attract investor attention, many analysts expect that momentum should shift after the Federal Reserve starts to tighten its interest rate, beginning with a reduction of its monthly bond purchases by the end of the year.

It's not just gold that continues to suffer from a lack of investor interest.

The disaggregated report showed that money-managed speculative gross long positions in Comex silver futures fell by 16 contracts to 47,447. At the same time, short positions dropped by 428 contracts to 42,391.

Silver's net length stands at 5,056 contracts, relatively unchanged from the previous week. During the survey period, silver prices managed to test resistance around $23 an ounce.

According to analysts, silver is being weighed down by lackluster demand in the gold market as industrial metals are seeing renewed investor interest.

Copper's net length is currently at 34,626 contracts, increasing nearly 35% from the previous week. Copper prices saw renewed momentum during the survey period as prices managed to push above initial support around $4.30 an ounce.

"Buyers returned to under-owned copper after the price finally shrugged off China concerns," said Ole Hansen, head of commodity strategy at Saxo Bank. "The net long jumped by one-third, but it remains well below the 91.6k lots peak reached one year ago."