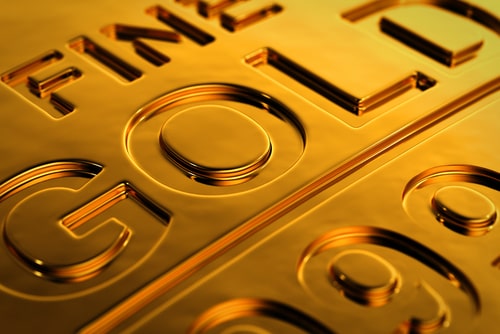 (Kitco News) The gold market is stuck in a Groundhog Day time loop, with prices trading in a narrow range between $1,750-$1,800 an ounce, according to MKS PAMP GROUP.

There is no driver strong enough to push gold below $1,750 an ounce or above $1,800 an ounce, said MKS PAMP GROUP head of metals strategy Nicky Shiels.

"There's certainly an apprehension to sell gold post the Powell presser for fear of $1750-$1760 being a bear trap. There are early signs of a growing consensus that gold is closer to the bottom in the short-term (while there's perhaps another push through today's low, its unlikely $1750 breaks), but there was no dovish catalyst to get excited and warrant gold up $100 either – Groundhog Day again," noted Shiels.

Gold's trading pattern is still highly dependent on how the U.S. dollar and the U.S. Treasury yields interpret economic growth, inflation, and the Federal Reserve. "But there wasn't anything game-changing in this FOMC," Shiels pointed out.

Gold's reaction to the Fed announcement on Wednesday was another example of gold's inaction for the time being.

"There seem[ed] to be no shortage of aggressive bearish intraday bets [that] managed to smack gold down $25 to $1,760. The selling simply capitalized on the lack of order flow and liquidity pre-Fed, looking for a technical collapse; that's been typical recently in precious where periods of illiquidity (Asia open, holiday periods) sees outsized selling pressure," Shiels described.

No hawkish surprise from the Fed saw gold walk back all of its daily losses and return towards $1,800 an ounce.

The Fed announced that it would start to wind down its monthly asset purchases in November at a pace of $15 billion per month, citing substantial further progress made. Powell also expressed concern about inflation, stating that it has come in higher than expected and will likely last well into next year.

"There was also a new line of explanation about why inflation is high --> 'Supply and demand imbalances related to the pandemic and the reopening of the economy have contributed to sizable price increases in some sectors.' So pandemic-reopening and mismatched supply/demand factors (not loose monetary policy) are the dominant drivers," Shiels wrote.

The slightly more dovish stance came from Powell's assurances that the Fed is not behind the curve on inflation and it will be "premature to raise rates today."

The immediate reaction to the news was a weaker U.S. dollar, higher gold prices, and a rally in equities.

Going forward, all eyes will be on the employment and inflation data. First on the radar will be the nonfarm payrolls release from October, scheduled to be published on Friday.

"Powell leaned somewhat dovish, was honest, and admitted there are many unknowns that are all dependent on data. CPI (next week) and NFP (this Friday) are the next data drivers," Shiels said.

Market consensus calls are looking for the economy to have added 450,000 new positions and the unemployment rate to have edged down to 4.7%.