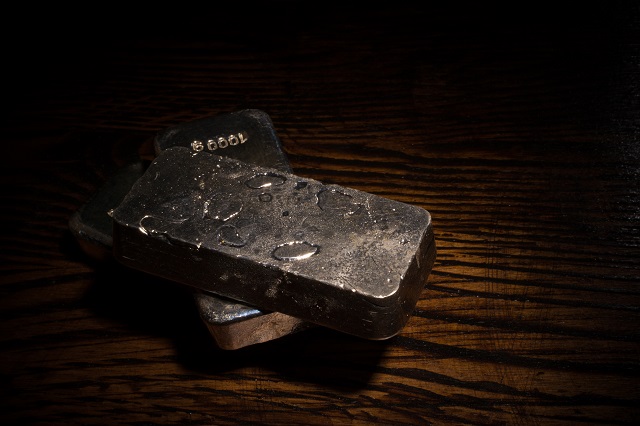 (Kitco News) - The growing demand for solar power is generating a bright future for silver as governments worldwide continue to look to develop green renewable energy, according to one European precious metals firm.

In a report published Monday, Analysts at Heraeus said that they are bullish on silver and see significant long-term potential. The comments come as silver prices manage to hold above $24 an ounce. December silver futures last traded at $24.290 an ounce, down 1% on the day.

“With solar PV energy identified as a critical technology in meeting long-term goals to curb global warming, there is considerable upside for the silver market over the next decade,” the analysts said.

The analysts noted that solar power growth accounts for 11% of silver’s industrial demand and consumed 101 million ounces last year. The firm added solar power generation is expected to hit new record through this year and next.

“By 2022, PV installations are forecast to exceed 200 GW for the first time on record, with silver consumption moving closer to ~140 million ounces,” they said.

The solar power sector has been receiving a lot of attention as world leaders gather in Glasgow, U.K., for the United Nations Climate Change Conference (COP26). Last week Australia, France, India, the U.S. and the U.K. launched the One Sun, One World, On-Grid initiative, which plans to create a cross-border inter-connected global power grid.

“Realizing One Sun One World One Grid through interconnected green grids can be transformational, enabling all of us to meet the targets of the Paris Agreement to prevent dangerous climate change, to accelerate the clean energy transition, and to achieve the Sustainable Development Goals,” said a statement from the newly minted committee.

Some deligates at COP26 are pushing governments have net-zero carbon emission by 2050.

Although silver is a critical component for solar panels, Heraeus analysts also noted that market demand is not without its issues. They said that silver is the second most expensive component in solar panels, which has led to companies to use less of it, also known as thrifting.

“While thrifting is expected to continue reducing the silver content of solar cells while prices are high, there is a limit to how much can be removed before efficiency losses outweigh cost benefits,” the analysts said.

The renewed interest in silver comes as prices manage to hold above $24 an ounce. Because of its growing industrial demand in the green energy revolution, many analysts have described silver as an essential metal for future economic growth.

Along with its industrial demand, silver has benefited as a monetary metal alongside gold as investors look for new inflation hedges in an environment of rising price pressures.