Gold price has room to run to $1,900 after inflation rose to its highest level in three decades 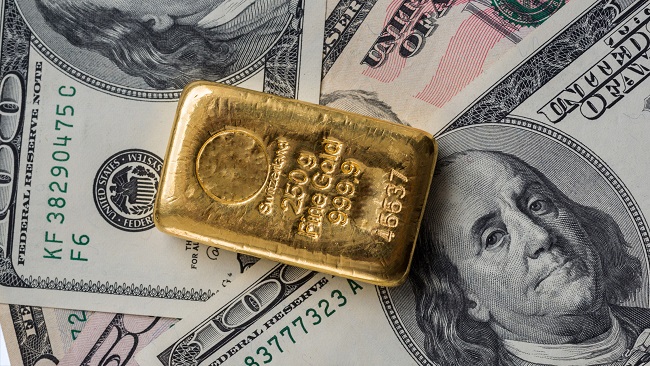 (Kitco News) - The gold market is seeing new bullish momentum after U.S. inflation data rose to its highest level in more than three decades, and some analysts are looking for a move back to $1,900 an ounce in the near term.

According to some analysts, gold is catching a new bid as inflation pressures ramp up, raising concerns that the Federal Reserve will be behind the inflation curve.

"Inflation is here and it's only going to get worse," said Bob Haberkorn, senior commodities broker with RJO Futures. "There is a major concern that the Federal Reserve is limited to what it can do to stop inflation from rising. There is a real fear among investors that the Fed will lose control."

The latest inflation data pointed to broad-based increases in consumer goods. Food was up 5.3% from a year ago – the biggest increase since January 2009. Gasoline prices surged 6.1%, marking the biggest gain since March.

The rise in inflation comes as U.S. consumers start their holiday shopping and prepare for Thanksgiving.

Helping to support gold's breakout through critical resistance at $1,835 has been a drop in real interest rates. Following the latest Consumer Price Index data, real yields on 10-year notes dropped to a record low of -1.235%.

Along with the drop in real yields the break-even rate, the difference between nominal 10-year bond yields and Treasury Inflation-Protected Securities rose to 2.64%. Analysts note this indicates that bond markets are pricing in even more inflation risk.

While off their highs, gold prices last traded at $1,858 an ounce, up 1.5% on the day. The precious metal is currently trading at a five-month high.

Haberkorn added that he expects that this is just the start of gold's move higher. He said that his next target for gold is between $1,900 and $1,920.

"If gold is going to rally, it is because of this new inflation fear," he said.

"This was a significant breakout for gold, and there is not much between here and $1,900," he said.

Cieszynski added that not only did gold break a significant resistance level, but it did so even as the U.S. dollar has pushed higher. The U.S. dollar index is currently trading near a one-year high back above 94.50 points.

"The fact that gold can break out when the U.S. dollar is rallying means that it has the momentum to move higher," said Cieszynski.

Darin Newsom, president of Darin Newsom analysis, said that he is also looking for gold to push higher in the near term. He added that there are signs that the U.S. dollar is topping out, which will benefit all major commodities.

"I'd look for Dec gold to possibly test that old group of highs, roughly the $1,875 to $1,915 range. That means the contract looks to have limited intermediate-term upside potential at this time," he said. "Weekly stochastics have moved above the overbought level of 80%, meaning buying interest could start to slow, but we are seeing no sign of a bearish reversal at this point. That could be a couple of weeks away yet."

While gold prices have room to move higher, some analysts noted that there is some initial resistance at $1,870 an ounce.