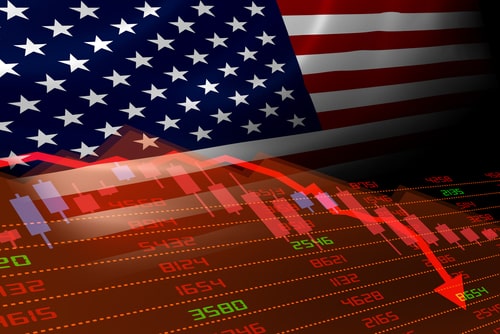 (Kitco News) It is best to avoid U.S. stocks and bonds next year as high valuations and tighter monetary policy fail to support a good investment case, according to strategists at Morgan Stanley.

"We think that 2022 is really about 'mid to late-cycle' challenges: better growth squaring off against high valuations, tightening policy, rambunctious investor activity and inflation being higher than most investors are used to," Morgan Stanley's strategists said in their 2022 outlook. "We see plenty of challenges, including downside to the S&P 500 and U.S. 10-year yields being well above forwards."

The strategists added that investors could be better off looking towards Europe and Japan for more profit, citing more patient and accommodative central banks there.

"Underneath the surface, we think there are a number of reasons to suggest that global equities' serene progress over the last 18 months will become somewhat more volatile going forward as earnings growth slows, bond yields rise, and corporates continue to juggle the challenges of disrupted supply chains and elevated input costs," Morgan Stanley's head of U.S. equity strategy Mike Wilson said in the note.

Morgan Stanley also anticipates improved economic growth and a more moderate inflation outlook for the U.S. in 2022. The bank sees inflation peaking in Q4 and then moderating over the next year as supply chain bottlenecks ease and base-effects fade out of calculations.

"For 2022, we think that this 'hotter and faster' recovery continues, powered by strength in consumer spending and capital investment. We are above-consensus on 2022 growth in the U.S., Europe, and China … Good growth and moderating inflation would seem like another version of 'Goldilocks', and for some assets, we think that the backdrop does look benign," the strategists said. "Fundamentals matter more when 'the [central bank] training wheels come off.'"

The Federal Reserve already announced that it would start to wind down its monthly asset purchases in November at a pace of $15 billion per month, citing substantial further progress made.

Strategists at Morgan Stanley are not projecting a rate hike until 2023. Such a delay could trigger a decline in the U.S. dollar in 2022, they added.

In contrast, the CME FedWatch Tool shows markets pricing in a 49% chance of the first-rate hike as early as June — when tapering is most likely to end.

The bank continues to favor oil over gold within the commodity market, noting the precious metals could experience a challenging environment next year.