Is Fed making a mistake? Big market risk ahead as gold looks to $1,900 - analysts 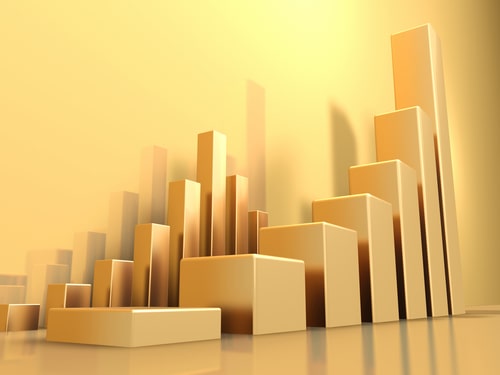 (Kitco News) According to analysts, with all eyes on the U.S. President Joe Biden's Federal Reserve Chair pick, gold is waiting for its next catalyst to take it to $1,900 an ounce, with markets eyeing year-end volatility.

One of the main events the market is watching very closely is Biden's Fed Chair pick, which could be announced as soon as this weekend. According to PredictIt.org, the current Fed Chair Jerome Powell is leading the race, with Federal Reserve Governor Lael Brainard in the second top spot.

"Looking to next week, we are going to get Biden's decision. Two months ago, Powell was the likely choice. But we got the trading scandal among Fed members and progressives got upset with how Powell handled the regulatory side," OANDA senior market analyst Edward Moya told Kitco News. "Now, it seems that Powell's renomination might not be a foregone confusion. If we do get a surprise and Brainard becomes the next Fed Chair, it will have a dramatic shift in short-term yields. That's a big risk ahead. Key factor what happens with yields early next week."

If Biden were to choose Brainard, gold would climb higher as the initial reaction would see those Fed rate hike expectations pushed back even further, Moya explained. However, if Powell is renominated, it doesn't necessarily mean gold would sell off dramatically. "Risk is still to the upside," he said.

"As the well-used term goes, markets hate uncertainty – and a Brainard appointment, at a time of impending monetary policy change, represents a small rise in uncertainty that many in the market could do without – well, except for those who like volatility which is most short-term traders," Weston said. "Still, my base case is we are headed into a period of higher volatility regardless, with a wild December ahead of us. Where we see the U.S. Treasury exhausting measures by mid-December and the U.S. debt ceiling potentially becoming problematic, just as the FOMC meeting sees the central bank likely announce they are accelerating the pace of tapering from $15b to $20-$25b."

Next week's other potential hurdle is holiday trading, with markets winding down to celebrate the U.S. Thanksgiving holiday. "Trading activity will be thin, and we could have some exaggerated moves here. We are not going to see any new trends emerge next week unless we get the Brainard surprise. Otherwise, gold could be stuck in that consolidation pattern," Moya said.

Gold will see choppy trading as the market tries to determine how dovish the Fed will end up being next year as inflation pressures build, he added.

"The price action is pretty much warranted to be choppy whether we wait to see whether or not the Fed will have to bow to inflationary pressures. Waiting for next few months of pricing reports to get a better handle on it," Moya noted. "Until we have a firmer handle on what the near-term outlook is for the central bank, it will be a choppy environment for gold."

Any pullback in gold price is likely to be viewed as a buying opportunity. "While headwinds could re-emerge, downside risks to growth, plus elevated inflation and our expectations for the USD to weaken and real yields to remain deeply negative, suggest price dips are likely to be viewed as good buying opportunities," said Standard Chartered precious metal analyst Suko Cooper.

If gold drops below $1,840 an ounce next week, the precious metal could be at risk of a further selloff, said strategists at TD Securities.

"The yellow metal [is] vulnerable to a deeper consolidation if prices fail to hold above the $1,840/oz region. After all, while the yellow metal remains an ideal hedge against rising stagflationary winds, the tug-of-war between high inflation prints and market pricing for central bank hikes hasn't definitively concluded," they wrote.

Also, bitcoin below $60,000 might be good news for gold. "Risk of further weakness for bitcoin is still there. If we do see another decline in bitcoin, that in itself could be great news for gold," Moya noted.

As 2021 wraps up, traders will shift their attention away from rate hikes and focus more on growth. "The Fed could be making a mistake in removing this monetary accommodation. That's a big risk. Leading up to January, the inflation report will be a big one. Gold should see strong support here," Moya stated.

Over the next month, gold is bound to make a move to $1,900 an ounce as investors come back to bullion for inflation hedges amid a flight to safety with some additional concerns coming from Europe's COVID flare-up and the dovish European Central Bank. "Gold will see some underlying support there. And the holiday season will provide some underlying support," Moya added.

On the radar next week

The big day to watch next week is Wednesday, with the FOMC meeting minutes, the U.S. GDP release, personal spending, durable goods, PCE price index, and new home sales all scheduled to be released.

"The Thanksgiving holiday in the U.S. means a short week with the data flow concentrated on Wednesday. The highlight may well be the minutes to the November 3rd FOMC meeting when the Federal Reserve announced the start of QE tapering," said ING chief international economist James Knightley. "In terms of the data, we expect a modest upward revision to 3Q GDP growth, but the October personal spending will be more significant as it tells us how the fourth quarter started."