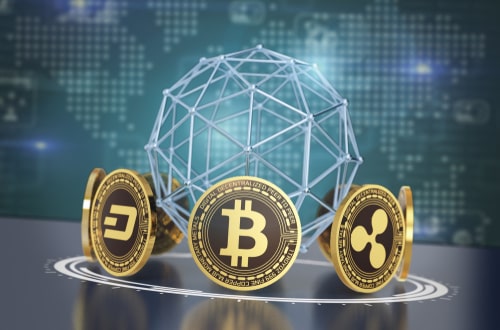 (Kitco News) The crypto space is making a comeback at the start of the new trading week after a brutal selloff last week, which was triggered by the WHO's warning about the Omicron variant.

Binance Coin, Solana, and Cardano were also up 5%, 10%, and 9% on the day, respectively. The overall crypto market cap rose 9.1% on Monday to $2.8 trillion, according to CoinGecko.

This recovery came after a significant Back Friday selloff, which saw bitcoin drop from $59,000 to below $54,000 and Ether from $4,500 to $4,000. The crypto space plummeted along with other risk assets on the fear of the quick spread of the new COVID-19 Omicron variant that was identified in southern Africa. The Dow Jones Industrial Average saw its worst day of 2021 and oil prices fell 10%.

This put a dent in bitcoin's recent rally to new record highs of $69,000. But the recovery rally on Monday saw most of the Black Friday losses already pared back.

On Monday, markets also digested the news that Michael Saylor's MicroStrategy continued to stock up on bitcoin.

According to the company's Securities and Exchange Commission filing, MicroStrategy bought 7,002 bitcoins worth $414.1 million between October 1 and November 29. This upped MicroStrategy's overall holdings to 121,044 bitcoins.

"[MicroStrategy] will continue to acquire [bitcoin] quarter by quarter, time to time, either with cash flows or with debt or with equity, just depending upon market circumstances and what looks most accretive to our shareholders," Saylor told CNBC in an interview earlier this month.

Analysts said that bitcoin's volatility in light of last week's broader risk assets selloff shows that the cryptocurrency is still very much a speculative risk asset and not a great inflation hedge.

"In recent weeks, we've seen that, in times of real uncertainty, bitcoin has not done well as an inflation hedge or a safe haven asset. There's no doubt it's a fascinating tradable instrument and a highly speculative one, but it's quite clear now that it's a risk asset and nothing more. Not at the moment anyway. Who knows what the future holds," said OANDA senior market analyst Craig Erlam. "If this new variant triggers major risk aversion in the markets, it could come under serious pressure."

Gold, on the other hand, rose above $1,800 an ounce on Friday. Longer-term, however, the precious metal was not able to maintain its gains, with spot prices edging down to $1,783.40 an ounce on Monday.

"Overall, investors need to be prepared for heightened volatility as markets respond to day-by-day headlines. Following weeks of tranquil markets, get ready for some big moves as we move into the last month of the year," he said.