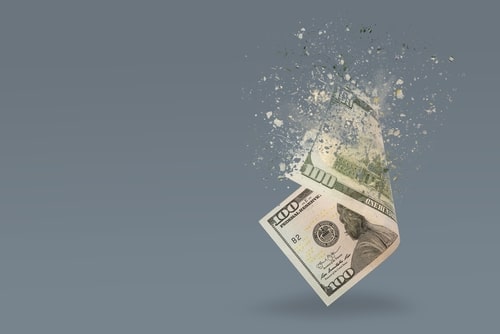 (Kitco News) This will be a "decade of shortage" defined by high inflation and a failed attempt to raise rates – the perfect combo to trigger a massive rally in gold, said Goehring & Rozencwajg Associates managing partner Leigh Goehring.

Next year, inflation could already be pushing 9%, and it could get a lot worse, Goehring told Kitco News in an interview.

"We're getting closer to the explosion of gold prices to the upside. I'm a big believer that inflation is not going away. It's going to continue to be a problem. We could be looking at a black swan event in inflation. It could be an oil shock, natural gas shock or agricultural shock," Goehring said.

Federal Reserve Chair Jerome Powell already shocked the markets this week by dropping the phrase that "inflation is transitory" and stating that the U.S. central bank will be discussing accelerating the pace of tapering at the upcoming December meeting.

An inflationary black swan event could kick-start that inflationary psychology, which has been missing despite annual U.S. inflation running hot at 6.2%.

"It is going to force the Fed to raise rates. The central bank will start, but that will create such havoc that the Fed will have to stop. In response, gold will first pull back. But that will be the final retreat before the massive gold bull market," Goehring described.

There are too many similarities between now and the late 1960s and early 1970s, and they cannot be ignored. Back then, inflation was going up about 5%-6% per year — the same as now. And then, in 1973, there was the black swan event — the oil embargo.

"Oil went from $4 a barrel up to $15 a barrel literally overnight. And that triggered a huge surge of inflationary psychology. And the Fed raised rates aggressively. Gold spent the next two years going down, bottoming in 1975," Goehring said. "This time around, however, the Fed will have to give up on raising rates because it will be too painful for everyone."

And that would be the perfect scenario for gold, Goehring added. "Once the precious metal bottoms from the Fed's tightening action, it will begin its massive bull market."

When Fed Chair Jerome Powell began his first term, he tried to raise rates, which backfired in the Treasury market. "That's why I think that Powell will have to give up on raising rates just like he did in October of 2018. And once he gives it up, the great bull market in gold starts," Goehring pointed out.

How big of a bull market will it be? Goehring is expecting gold to reach $10,000 an ounce by the end of the decade. And for silver to eventually catch up and trade around $500 an ounce.

Silver is another quintessential inflationary metal to buy and hold during the next decade. "I'm convinced that in this bull market, there's going to be another corner attempted at the silver market," Goehring said.

Inflation will get a lot worse during this decade of shortages. And the underinvestment in the resource sector will play a big role.

"When we look back on this decade and ask what happened. It's going to be looked upon as the decade shortage. It's going to be a shortage of everything. Over the last ten years, we've radically underinvested in our resource spaces relative to demand. Look at what's happening with Exxon and Chevron and the ESG concerns. They are not talking about replacing their resource base," Goehring stated.

This underinvestment in the resource sector will manifest itself and that is going to be highly inflationary, the Goehring & Rozencwajg managing partner said. "This year, inflation accelerated from under 3% to over 6%. At some point in 2022, we could approach 9%," he noted.

And the one key metric to watch is the bond market, which has so far largely dismissed the rising price pressures.

During the last month of 2021, gold is still in its corrective phase after hitting new record highs last year, but the long-term investors have been using this opportunity to buy.

"Gold hasn't been the place to be for performance reasons this year. And I think that performance discrepancy will continue for another six months. But for people that are looking to buy gold for the long term, they are buying now. Gold stocks too. They are the cheapest they've ever been."

Another big winner for next year will be the agricultural sector, especially fertilizer stocks, according to Goehring.

"The only thing that's done better than fertilizer prices in 2021 had been natural gas price. There are improving fundamentals in global fertilizer markets. Energy fertilizer is very energy intensive. China has already curtailed fertilizer production. Increased demand in light of supply-side constraints could make these stocks the super winners of 2022," he added.