Ireland buys gold for the first time in 12 years 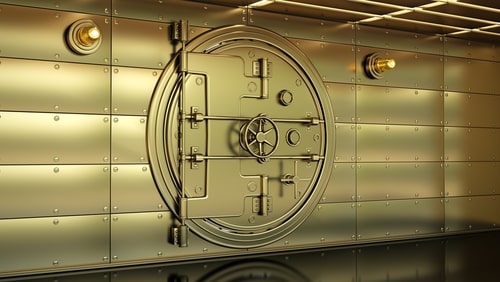 (Kitco News) The Irish central bank is adding gold to its reserves after a 12-year hiatus, and inflation worries could be the reason why.

The Central Bank of Ireland purchased two tons of gold over the last few months, marking the first addition since 2009, Bloomberg reported.

Why would it buy gold now, especially considering the central bank's gold holdings stood unchanged for a whole decade? One possibility is inflation risk, according to media reports.

At the end of November, Ireland's central bank Governor Gabriel Makhlouf said he was "worried" about inflation.

"I am very, very conscious that inflation today is impacting on households across the country," Makhlouf said. "It's not so much a question of how long will this go on before I start to worry. It's more that if I see evidence that the blockages are not being fixed, or that different things aren't happening, then I will start to worry. But I am worried today."

Like the U.S., Europe is facing rising inflation. Euro-area consumer prices rose to 4.9% on an annual basis in November, surpassing markets' expectations. In Ireland, inflation reached 5.1% in October — the highest rate since 2007.

On a global scale, central banks' interest in gold is picking up this year. Earlier this week, markets digested the news that the central bank of Singapore increased its gold reserves by 20% this year, buying gold for the first time in two decades.

The gold purchase was made between May and June, totaling 26.35 metric tons, according to the data from the Monetary Authority of Singapore's (MAS) International Reserves and Foreign Currency Liquidity report. This boosted Singapore's total gold reserves to a reported 153.76 tons.

Overall, global gold reserves rose by 333.2 tons during the first half of the year, according to the data provided by the World Gold Council. Other notable purchasers were Thailand, Brazil and Hungary.