ECB likely to avoid a long-term commitment in December -Lagarde

FRANKFURT, Dec 3 (Reuters) - The European Central Bank may set policy for a relatively short period at this month's meeting given heightened uncertainty but should not delay a decision as markets need direction, ECB President Christine Lagarde told Reuters on Friday.

Conservative policymakers have called on the ECB to avoid long-term commitments at the Dec. 16 gathering given recent high inflation readings and a resurgence of the coronavirus pandemic, including the emergence of the Omicron variant.

Some have even discussed the possibility of pushing out a decision into early 2022, hoping a delay will bring more clarity on growth and inflation - an option Lagarde firmly dismissed on Friday. read more

"But equally, we need to very clearly indicate that we stand ready (to act), in both directions." Once conditions for a rate rise are met, she said, the ECB "would not hesitate to act".

Lagarde played down concerns over the Omicron variant, arguing that Europe has adapted well to life under the pandemic.

"We should be on alert but I think we should also take some confidence from the fact that we have learned to live with previous variants," she said. "Another wave, as we are experiencing in the euro area ... was something we have included in our adverse scenario (of our projections)."

The December meeting will be the most crucial this year. The euro zone's central bank has already said it will wind down its 1.85 trillion euro pandemic emergency stimulus scheme in March and will 'recalibrate' other tools to fill the void. 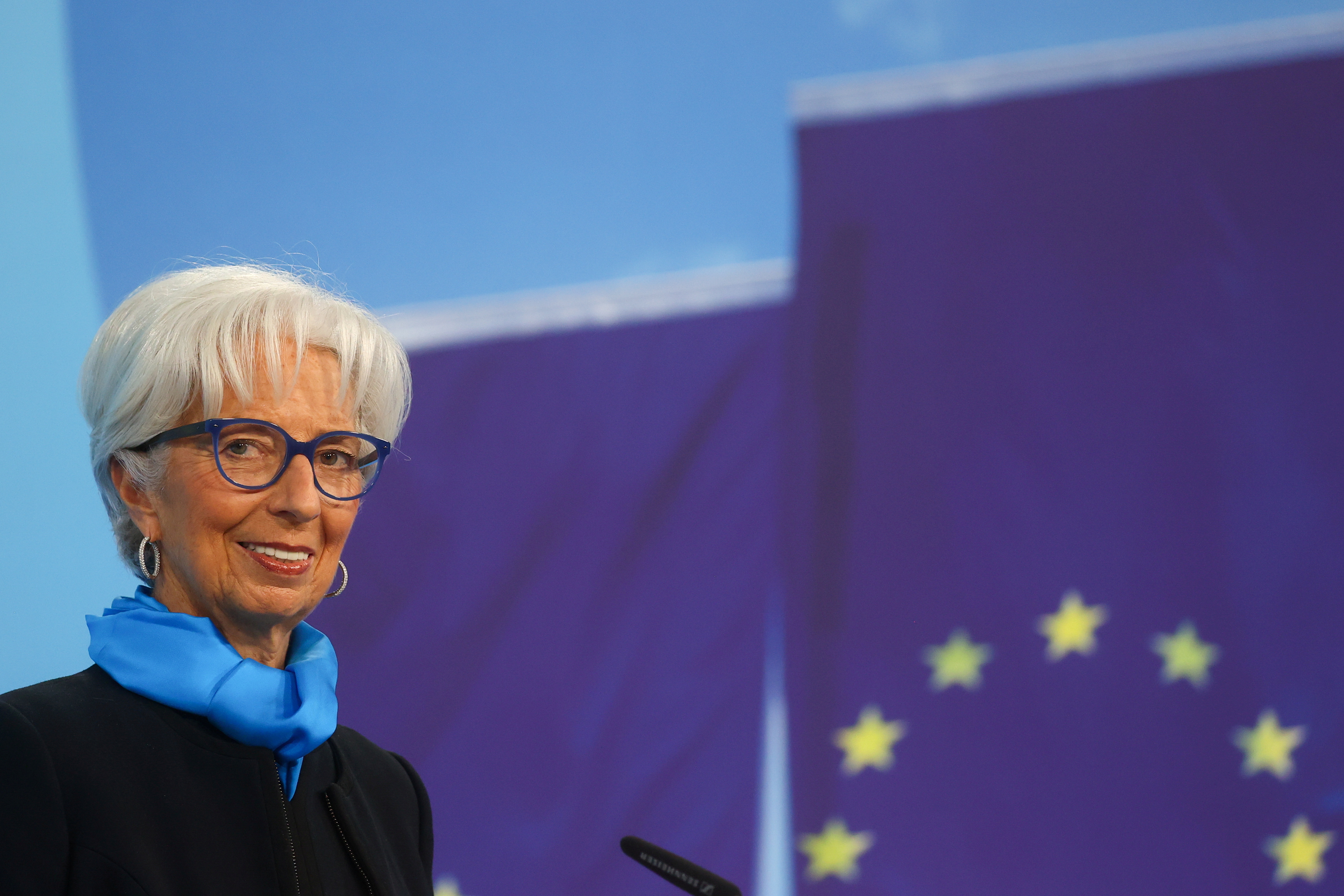 President of the European Central Bank (ECB) Christine Lagarde reacts as she takes part in a news conference on the outcome of the Governing Council meeting, in Frankfurt, Germany, October 28, 2021. REUTERS/Kai Pfaffenbach//File Photo

Lagarde would not discuss options for the meeting but said she remains of the view that the Pandemic Emergency Purchase Programme, the ECB's key tool over the past two years, should end, and that interest rates should not rise next year.

Dutch policymaker Klaas Knot, among the most conservative Governing Council members, backed Lagarde's call for unchanged rates on Friday but kept the door firmly open to a move in 2023 given inflation risks. read more

Lagarde, however, maintained her benign view on consumer price growth, even as upside risks appear to be growing and U.S. policymakers are giving up on their view that high inflation is temporary. Inflation may have already peaked, she said.

Unlike in the United States, Europe's labour market still has plenty of slack as unemployment remains high, Lagarde added.

Inflation in the 19-country currency bloc soared to a record 4.9% last month, more than twice the ECB's 2% target. Indicators suggest that it will only fall below that mark in late 2022 at the earliest.

"I see an inflation profile that looks like a hump," Lagarde said. "And a hump eventually declines.

"We are firmly of the view, and I'm confident, that inflation will decline in 2022."

To watch the Reuters  Next conference please register here https://reutersevents.com/events/next/

Reporting by Balazs Koranyi and Francesco Canepa; Editing by Catherine Evans
Disclaimer: The views expressed in this article are those of the author and may not reflect those of Kitco Metals Inc. The author has made every effort to ensure accuracy of information provided; however, neither Kitco Metals Inc. nor the author can guarantee such accuracy. This article is strictly for informational purposes only. It is not a solicitation to make any exchange in commodities, securities or other financial instruments. Kitco Metals Inc. and the author of this article do not accept culpability for losses and/ or damages arising from the use of this publication.