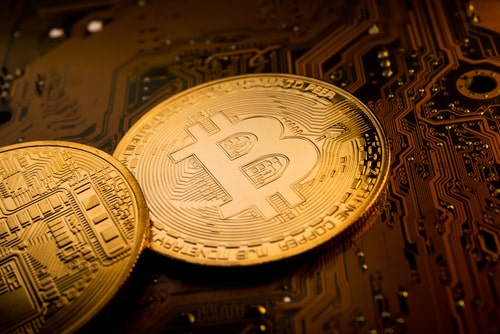 (Kitco News) The crypto market seems to have stabilized after erasing $480 billion during the weekend liquidation.

By Monday afternoon, both bitcoin and ethereum were back to trading in positive territory after major corrections that began Friday and accelerated into Saturday.

During the early morning hours on Saturday, bitcoin tumbled 20% in one hour and, at one point, traded below $47,000. Ethereum also tumbled to below $4,000. This crypto volatility came after a turbulent week in the U.S. stock market.

This liquidation saw crypto's overall market cap drop from $2.8 trillion to $2.3 trillion. Less than a month ago, bitcoin was trading at its new all-time high of $69,000 per token as the overall crypto market cap breached the $3 trillion mark.

The pullback in the crypto space could be connected to a larger move away from riskier assets that traders saw play out in the equities space during the previous week.

"It's hard to go past crypto given the monster moves seen on Saturday. Our flow was centred on Bitcoin and Ethereum and it certainly came alive – perhaps not surprising in a 20.3% high-low range – the third 20% daily range this year," commented Pepperstone's head of research Chris Weston. "Calm has descended on the space after the fireworks though, but if anyone needed convincing that crypto is an incredible trading vehicle then this move reminded us. If you like movement, have a grip on position size and are happy to trade long and short then this is one where the movement for the cost is comparable to EURUSD and SpotCrude."

While ethereum has recovered, bitcoin still looks vulnerable below the $50,000 level, said OANDA senior market analyst Craig Erlam. "Whatever the cause of the flash crash, it hasn't managed to fully reverse the losses and remains below $50,000. That could leave it vulnerable in the near term, especially with it struggling to track other risk instruments higher on the day. Bad news on Omicron could really put it under pressure," according to Erlam.

Weston said he likes the ether trade as the world's second-largest cryptocurrency gets back above $4,000. "Ethereum gets my attention with price coming back into the 4800 to 4000 range – I like this into 4400, potentially square and reverse on a close through 4000. Position sizing would need to be minimal given the vol," he noted.

Another positive news for ethereum on Monday was the launch of mini ether futures by the CME Group Inc.

Many crypto supporters have used this selloff as an opportunity to buy the dip, including El Salvador. El Salvador's President Nayib Bukele tweeted that his country bought an additional 150 bitcoins during the selloff. Since making bitcoin legal tender, El Salvador purchased bought 1,370 bitcoins.

Bukele also got into a Twitter standoff with Peter Schiff, chief economist and global strategist of Euro Pacific Capital, about the role of gold and bitcoin in the country's Treasury reserves.

We’re already in the green from our last purchase, in less than 24 hours.

If we had sold it a year ago and bought #Bitcoin, it would now be valued at $204 million. https://t.co/e5z9cVsfjg

The exchange was triggered by Schiff's reply to Bukele's buying the dip tweet. Schiff said: "There's a lot more dips coming. How much taxpayer money do you intend to waste?"

Bukele replied that his country would have a lot more money if it sold all off its gold reverses a year ago and bought bitcoin instead.