A hawkish Powell scaring gold bulls from the marketplace 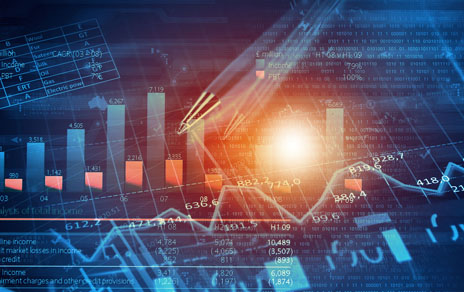 (Kitco News) - Hawkish comments from Federal Reserve Chair Jerome Powell continue to drive hedge funds away from gold and silver, according to analysts, after reviewing the latest data from the Commodity Futures Trading Commission (CFTC).

The latest data shows that sentiment in gold is at its lowest point since late-October as funds liquidate their bullish bets.

The CFTC disaggregated Commitments of Traders report for the week ending Dec. 7 showed money managers dropped their speculative gross long positions in Comex gold futures by 12,402 contracts to 125,067. At the same time, short positions dropped by 1,058 contracts to 44,326.

Gold's net length now stands at 80,741 contracts, down more than 12% compared to the previous week. During the survey period, gold prices were fairly steady, with prices unable to test resistance at $1,800 an ounce.

"Gold spot prices came under pressure after Chair Jerome Powell's hawkish comments about a faster taper of the Fed asset purchase program. A sooner end to tapering would likely push up the 10-year Treasury rate earlier than previously anticipated, increasing the opportunity cost of holding non-yielding assets such as gold," said commodity analysts at Société Générale.

The analysts added that further strength in the U.S. dollar and a rise in bond yields continue to scare investors away from gold.

However, some analysts continue to see the potential for gold as the price continues to consolidate.

"with signs that U.S. inflation upward momentum may be stalling, gold may well start to look attractive to money managers, as it would mean that monetary policy signals may not tilt much further toward the hawkish side. If the FOMC reminds the market that there is a high bar to hike the Fed Funds rate, faster taper notwithstanding, and stresses its focus on full employment, gold may see length grow given the most recent CPI report," said commodity analysts at TD Securities.

Along with gold, the silver market also suffered as hedge funds increased their bearish bets.

The disaggregated report showed that money-managed speculative gross long positions in Comex silver futures fell by 1,458 contracts to 47,419. At the same time, short positions jumped by 8,401 contracts to 29,754.

During the survey period, silver prices struggled, testing support just above $22 an ounce.

Analysts note that silver continues to follow the path of industrial metals as hedge funds reduced their overall exposure to copper.

Copper net length currently stands at 13,719, down 5% from the previous week. Net bullish positioning is at its lowest level since late August.

Copper prices saw were relatively stable during the survey week as prices held support around $4.30 per pound.

Analysts note that interest in copper is waning as investors become concerned about the health of the global economy.

"Demand and supply factors continue to battle in recent weeks, leading to the choppy price action that is tough on speculators. The lagged impact of Chinese deleveraging and the U.S. fiscal impulse morphing into a drag, along with more recent concerns surrounding the omicron variant, are set to weigh on the red metal's demand profile into 2022," analysts at T.D. Securities said.