Inflation could rise 15% in 2022 if wage pressures spiral out of control; use gold to hedge - Saxo Bank 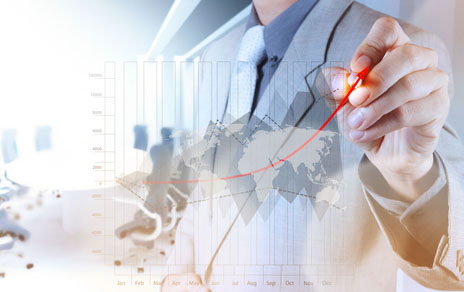 (Kitco News) - Inflation remains one of the biggest threats to the U.S. economy. Analysts at Saxo Bank see the potential for consumer prices to rise 15% in 2022, overshadowing the last major inflationary environment seen in the 1970s.

The Danish bank's inflation forecast is part of its annual Outrageous Predictions, and while the forecast appears extreme, it is not as far-fetched as some would expect.

Last week the U.S. Consumer Price Index saw an annual rise of 6.8% in November; however, many economists note that inflation is a lot higher than the government's official reports.

John Williams' Shadow Government Statistics shows that inflation, based on a methodology that was employed prior to 1980, is already at 15%. Calculating inflation based on 1990 methodology, inflation is above 10%.

Christopher Dembik, head of Macro Analysis, at Saxo Bank, said that his prediction is based on wage inflation spiraling out of control, a similar scenario that happened in the 1970s.

"At the end of the 1960s, the U.S. Federal Reserve and the Fed chair then, McChesney Martin, misjudged how hot they could run the U.S. labour market without fanning inflation. The miscue paved the way for inflation expectations getting out of control and a massive wage-price spiral the following decade," Dembik said.

Dembik noted that inflation peaked at 11.5% in 1975, but it took a recession and the Federal Reserve raising interest rates to 20% in the early 1980s to get prices back under control.

"In 2022, the Federal Reserve and Fed chair Jerome Powell repeats the same mistake all over again as the post-Covid outbreak economy and especially the labour market are severely supply constrained, making a mockery of the Fed's traditional models. Powell believes millions of Americans will return to work and fill some of the 10.4 million open job positions as Covid-19 fades. But this is plain wrong," said Dembik.

Ole Hansen, head of commodity strategy at Saxo Bank said that the possibility that the Federal Reserve loses control over inflation will continue to support gold prices through 2022. He added that while CPI rising to 15% next year is an outrageous forecast, the reality is that the U.S. central bank is going to remain well behind the inflation curve.

"If the Fed tried to get in front of the curve, it would create a new recession," said Hansen. "Next year, we could see a sharply inverted yield curve where short-term rates rise faster than the long tend and that means real rates will remain low and that is a good environment for gold."

Currently, the gold market is suffering from a lack of investor interest as the Federal Reserve looks to start tightening monetary policy next year. There are growing market expectations for the U.S. central bank to start raising interest rates in June, with a total of four hikes next year.

However, Hansen said that investors need to focus on the bigger picture: rising inflation will keep interest rates in negative territory even as the Federal Reserve raises interest rates.

"We can still see could see a 25 or 30 basis points rise in real yields and that shouldn't really impact gold," Hansen said.

Hansen added that not only will gold benefit as real interest rates stay low, rising nominal rates will threaten equity market valuation, creating a safe-haven big for the precious metal.

While Hansen doesn't have an official gold price forecast for 2022, he said that there is enough uncertainty in financial markets that the precious metal could push back above $2,000 an ounce to new record highs.

"Right now, we are focused on the Federal Reserve raising rates, but there's the whole question of what kind of yield level can the economy actually afford?" he said. "What happens to equity markets and how will growth be valued when interest rates start to rise."

It's not just gold that Hansen is bullish on. He said that he sees good potential for silver prices to move higher in 2022 as the world continues to push for more green energy.