Is gold price in a bull trap? 'December is the hardest month to trade' - analysts 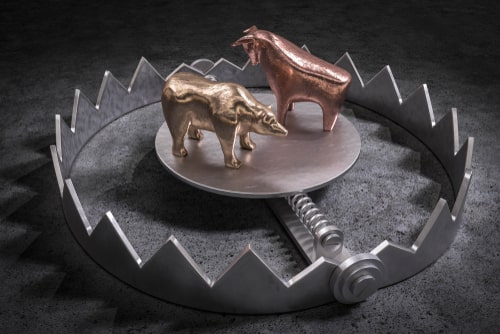 (Kitco News) The gold market has responded very well to a more aggressive Federal Reserve tightening stance, rising around $40 since Wednesday. But what's next will be critical, according to analysts.

After the precious metal breached the $1,800 an ounce this week, the next important signal will be what gold does at this strong resistance level.

Gold rose post-Fed announcement, which saw its tapering schedule accelerated and three potential rate hikes priced in for 2022. Analysts said most of that was largely priced in.

"The environment leading up to the FOMC decision has been difficult for gold. The precious metal needed to have Wall Street come into agreement as far as what that tightening policy will be like over the short term. Once the markets were able to process Fed's accelerated tapering, which was well telegraphed, Wall Street knew about the massive shock you are going to see when Fed is done buying assets," OANDA senior market analyst Edward Moya told Kitco News. "For gold, once you saw that knee-jerk selloff towards $1,750, that was the time the majority of gold's short-term weakness was priced in."

Now, the market could be shifting into more of a safe-haven mode, with many remaining unconvinced that the Fed could pull off three rate hikes next year.

"There is some skepticism about whether the Fed will be able to follow through on what the FOMC and Powell indicated this week. Three rate hikes could be unlikely. There is an idea that the Fed is setting itself up to fall short of those expectations," said Gainesville Coins precious metals expert Everett Millman.

That's the classic playbook for the Fed — try to use rhetoric and public communications to influence market behavior without having to change monetary policy. And that's what might be happening with the three rate hikes. "That's the ideal situation for the Fed," Millman said. "And by anchoring everyone's expectation on hawkishness for next year, gold is up because there is still some market resistance."

Markets are also cautious as the COVID-19 Omicron variant continues to spread. "There are many risks next year, where the Fed could walk back this hawkishness and have very legitimate reasons to say that they're going to keep stimulus in place or they're not going to raise interest rates. So the possibility of that is part of why gold is up," Millman added.

There is a growing concern around how strong the economic recovery will be next year due to the Omicron variant and higher rates.

"When you look at the Treasury curve, the long end is not rallying. Yields are not going higher," Moya said. In 2023, we are back to around 2% growth and we still have several risks to the outlook. You already have a lot of people talking about potential recessions in 2023-24. That is something that will be supportive for gold."

December is one of the toughest months to trade, and with volatility extremely low starting next week, gold prices could be in for a wild ride.

"December is the hardest month to trade. The usual correlations can be thrown out the window. I would refrain from high-frequency data as it would not necessarily lead to a clear-cut reaction for gold. The rest of this year will be rather difficult. But risks to the outlook will attract inflows for gold because people will want that protection. Any hint of unbalanced economic recovery or delay in the tightening cycles would be supportive for gold," Moya noted.

Moya is neutral on gold for the rest of the year because of the thin market conditions noticeable starting next week. "One thing that could trigger a strong move in gold is if we see Omicron jitters settle in, could trigger panic selling. Traders might resort to selling gold," he said.

Millman warns of a potential bull trap for gold next week, citing timing. "We're at the end of the month, end of the quarter, and approaching the end of the year. I expect very low trading volumes next week with the holiday coming up," he said. "Gold could pull back below $1,800 just because there's going to be low volumes in volatility."

Once January begins, Millman is more bullish but does point out that gold could still be stuck in its trading range between $1,850 and $1,750 an ounce. "That will continue, but I'm leaning more toward gold holding its head above the $1,800 level," he said.

Next week, the releases to keep a close eye on are the U.S. Q3 GDP, PCE price index, and durable goods orders.

"The last couple of weeks of 2021 will see the release of durable goods orders, which are rebounding impressively. The core figure, which strips out volatile defence and aircraft orders, points to a very positive outlook for capital expenditure in the first half of 2022 while robust personal income numbers should allow consumers to continue spending aggressively," said ING chief international economist James Knightley.