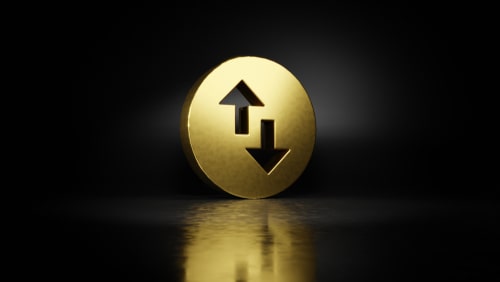 (Kitco News) There have been a few very encouraging signs in what has been a slower year for gold, according to Perth Mint manager of listed products and investment research Jordan Eliseo.

Discouraging price action, down 5.3% on the year, has been balanced out by more substantial activity in the physical space.

"This year has been quieter in terms of Western investment markets. We haven't seen too many people selling out, but we haven't seen the same level of inflows that we did in the previous 18 months," Eliseo told Kitco News in an interview.

A year's worth of price action has to be put into a broader context to get a fuller picture of where gold is heading. And with this precious metal, it is important to recognize that it rallied nearly 70% between Q3 2018 and Q3 2020.

"It went from under $1,200 an ounce to more than $2,000 an ounce in that time period, which was an extremely sharp move. A lot of it actually pre-dated COVID," Eliseo pointed out. "Gold performed incredibly well in the two years leading into late 2019. I think that this 15% pullback from the 2020 all-time highs needs to be put in that context."

From looking at the charts, there are clear signs that the bull market is not over in gold. "This corrective period that we've been through over the last 12-13 months looks like an entirely healthy, regular part of a longer-term bull market," Eliseo described.

On top of the technical picture, there are several triggers in 2022 that could push gold higher. More specifically, what has been keeping gold back in 2021 could shift into what drives it higher in 2022.

What's been keeping gold back?

With inflation being one of the main fears this year, a lot of investors thought gold would rally based on its inflation hedge properties. But there were a lot of other conflicting messages, including the U.S. stock market, strong economic recovery, the U.S. dollar and real yields, Eliseo noted.

"We've seen more money pour into equity strategies this year than pretty much the last 20 years combined. It was the best period almost on record for equities. That's held gold back. The U.S. dollar index is up around 8% this year. That is a natural headwind for gold. If you look at real yields, the yield on 10-year Treasuries went from about -1.1% to -0.6% in that time period. And the economy has performed much better than most people expected," he said.

On top of these headwinds, the inflation narrative has been viewed as transitory only until a couple of months ago, which also weighed on gold.

Even now, the five-year breakeven inflation rates are still closer to 2.5%-2.7%, which means the market is pricing in inflation closer to 2.5% rather than 6.5% five years down the line. This includes the expectations of an aggressive Federal Reserve taper and numerous rate hikes.

But whether inflation can return closer to the Federal Reserve's 2% goal remains to be seen, Eliseo stated.

One thing to remember is that gold does pretty well after the Fed begins a rate hike cycle. "It wouldn't surprise me if gold bottomed and started to move higher once the Fed completes its tapering faster-than-expected and moves to raise rates. That might actually be the thing that triggers the move in gold," Eliseo said.

One contrarian signal for gold bulls next year is the general sentiment gauge, which points to a bearish outlook on gold and the precious metals sector in general.

"The sentiment around precious metals is lukewarm at best. That's actually, conversely, a pretty good sign. If everyone's super bearish, then that's also probably reflected in the price," Eliseo stated. "Plus, given where equity markets are priced, it's almost inconceivable that the 60/40 portfolio strategies will continue to return what they have over the last ten years. Investment managers that run these strategies tell their clients that the next decade will probably not be so rewarding for mainstream financial assets. That helps argue for portfolio allocations into gold."

The physical side of gold

The physical market has recovered in 2021 after India and China's collapse in 2020. "The central banks will probably buy 450 tons of gold this year — net purchases. And it's not just the usual suspects in emerging markets that are buying. You also start to see developed markets like Singapore and Ireland adding to their reserves," Eliseo said.

The global consumer demand for jewelry, gold bars, gold coins is also looking better. "In China and India, the numbers collapsed in 2020 because of the COVID. But we're actually seeing demand coming back there. And when you factor in the additional buying of bars and coins in Western markets, the physical demand has been higher in the first three quarters of this year than it was in the first three quarters of 2019 prior to COVID hitting," Eliseo pointed out.

One way traders can try to determine gold's potential for next year is by looking at how gold had performed in the past when inflation was running above 3%.

"If you look at gold in environments where inflation has been above 3%, the average return on gold in U.S. dollars in any given year has been about 15% per annum. We are at $1,800 now, which means that 15% rally would put us basically back above $2,000 an ounce," Eliseo explained. "That's not my price prediction, but it's not inconceivable."

Inflation and the Omicron variant are the key risks to pay close attention to as the new year begins.

"It is very clear that the current inflationary impulse is going to be far stronger than what the Fed was anticipating only a couple of months ago. There is now an enormous gap between current levels of inflation and where the market thinks inflation is going to be in five or ten years from now," Eliseo said. "So it's going to be really fascinating to watch how that evolves in 2022. If the market starts to get even a sniff that inflation will be more permanent, then that's going to start to cause some challenges, both for policymakers and also for investors."