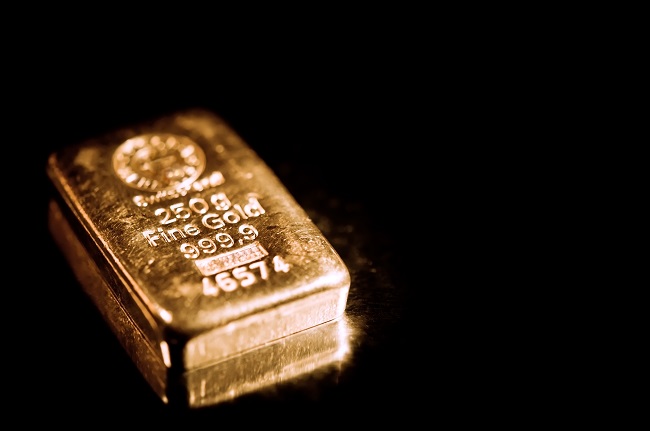 (Kitco News) - Expectations that the Federal Reserve will meet the growing inflation threat with aggressive interest rates hikes are making investors hesitant to jump into the gold market, according to some analysts, quoting the latest trade data from the Commodity Futures Trading Commission.

The latest data shows that sentiment among hedge fund and money managers has been relatively stable, with overall exposure declining last week.

The CFTC disaggregated Commitments of Traders report for the week ending Jan. 4 showed money managers dropped their speculative gross long positions in Comex gold futures by 6,137contracts to 124,252. At the same time, short positions increased by 1,982 contracts to 44,744.

Gold's net length now stands at 79,508 contracts, relatively unchanged compared to the previous week. The gold market started the first week of the new year on a strong note, despite the neutral sentiment among hedge funds. During the survey week, gold prices pushed to a six-week high above $1,830 an ounce; however, the market could not hold those recent gains.

Analysts note that looming interest rates hikes from the Federal Reserve could keep a lid on gold prices in the near term. According to the CME FedWatch Tool, markets are now pricing in four rate hikes this year, with the first move coming as soon as March.

"Investors had a mixed response to recent hawkish statements from the Federal Reserve and the acceleration of omicron infections around the world. On the one hand, the ever-louder hawkish tone from the Fed has prompted money managers to aggressively reduce long gold exposure," said commodity analysts at TD Securities. "On the other hand, concerns that a global slowdown due to covid in early-2022 may reduce pressure on central banks to introduce more restrictive policy and the likely hedging of risk drove specs to cover shorts in a robust way."

Ole Hansen, head of commodity strategy at Saxo Bank, said noted resilient strength in the gold market as real bond yields have pushed to a six-month high. However, he added that the market needs to hold above $1,830 an ounce to attract new bullish interest.

While investors appear to be avoiding the gold market, they are taking baby steps back into silver and reducing their bearish bets.

The disaggregated report showed that money-managed speculative gross long positions in Comex silver futures increased by 1,141 contracts to 51,595. At the same time, short positions fell by 3,190 contracts to 29,818.

Silver's net length stands at 21,777 contracts, up 25% compared to the previous week. During the survey period, silver prices also pushed to a six-week high above $23 an ounce. However, the market has been unable to hold its gains.

According to some analysts, silver could be benefiting from improving sentiment and prices within the copper market.

Copper's net length is at 26,126 contracts, relatively unchanged from the previous week. Copper prices were relatively stable during the survey week as prices tested support above $4.30 an ounce.