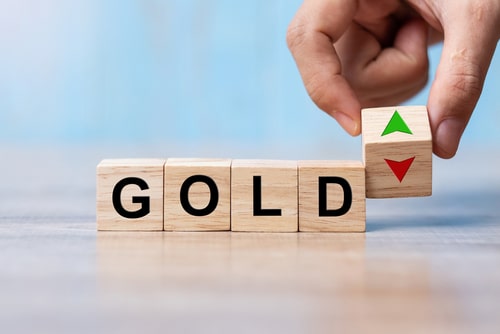 (Kitco News) There is optimism in the gold space after Federal Reserve Chair Jerome Powell's nomination testimony triggered a price rally, according to Pepperstone.

The key level to watch now is the $1,830 an ounce, with gold bulls now hopeful of what the first quarter could bring for the precious metal.

Gold climbed to new daily highs as Powell testified before the U.S. Senate Committee on Banking, Housing and Urban Affairs. At the time of writing, February Comex gold futures were trading at $1,821.20, up 1.25% on the day.

Even though Powell sounded as hawkish as before, markets got a glimpse of how flexible the Fed is when tightening monetary policy going forward.

"While Powell didn't really push back on market pricing around expected Fed rate hikes, we've certainly seen relief play out across markets," said Pepperstone's head of research Chris Weston. "It feels as though he confirmed this idea that when it comes to dealing with price pressures, the Fed have afforded themselves maximum flexibility and optionality to deal with changing dynamics, yet tried to remove a belief that they are stuck on a set path."

Commodities, especially gold and oil, benefited from Powell's comments as the U.S. dollar index declined — a major bullish sign for the yellow metal.

"The USD has been universally sold across the board – this has boosted the commodity trade, where notably crude is ripping and now eyeing the Nov highs of $86, and this is feeding full circle into solid moves for the petrocurrencies," Weston noted. "A decent move lower in U.S. real rates amid USD weakness is typically a green light for gold bulls, and bid up the yellow metal … We eye the $1,830 swing here."

Wednesday's inflation data out of the U.S. will play a key role in determining what's next for the U.S. dollar. Market consensus calls are projecting that the U.S. consumer price index will rise 7% on an annual basis in December.

"The question is, would a stronger downside reaction (in the USD) be seen on a miss to CPI than an upside move (in the USD) on a beat? I suspect the former, and it feels as if the street sees this risk distribution and looking for reasons to get short the USD," Weston said.

The gold market has had many false starts this winter, but Weston sees some positive signs this time around. "I have been wholly impressed by the yellow to ride out the recent lift in bond yields, and that may be telling a story that the gold bulls may have a better time of it in Q1," he said.

During his testimony, Powell was upbeat on the U.S. economy and employment while promising to bring inflation under control.

"This year, we see an economy where the labor market is recovering rapidly and inflation is well above 2%. This tells us is that the economy no longer needs or wants the highly accommodative policies we had in place to deal with the pandemic. But it is a long way to normal," Powell said.

However, he also warned that a recession is possible if the Fed is forced to tighten too much. "If inflation does become too persistent, that will lead to much tighter monetary policy, and that could lead to a recession," he said.

When talking about policy normalization, Powell stressed the importance of staying humble. "We are going to end asset purchases in March. We will raise rates. And at some point this year, we will start the balance sheet runoff," he said. "The committee didn't make any decision on the timing. We need to be humble about that. There are risks on both sides on growth and potentially inflation as well. Going to have to be attentive to what's happening in the economy and willing to adapt as we go through the year."

Powell also noted that reducing the Fed's balance sheet could be faster and quicker this time around. "We will have the ability to move sooner and a little faster this time around. More clarity is coming soon on that. We will be discussing it at the January meeting."