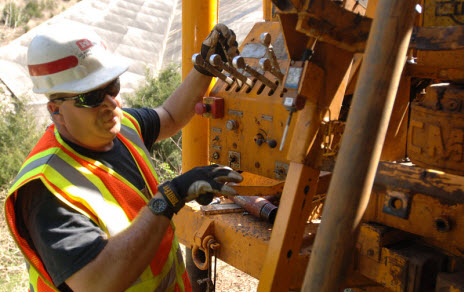 IAMGOLD noted that looking ahead, the company is fully focused on bringing Côté Gold into production and stressed that the company remains on track to commence commercial production in the second half of 2023.

Operationally, the company expects continued strong performance at Essakane, following a record year of production in 2021, supporting the turnaround at Rosebel and continued ramp up of Westwood.

The company added its consolidated cash costs and consolidated AISC for its three operating mines are expected to be between the 2021 updated guidance ranges of $1,115 and $1,150 per ounce sold and $1,395 and $1,435 per ounce sold, respectively, excluding the impact of potential net realizable value adjustments on long term stockpiles.

IAMGOLD said it ended 2021 with approximately $545 million in cash and cash equivalents, $42 million in restricted cash, $8 million in short term investments and $498 million in its undrawn credit facility.

The company’s Board has engaged an executive search firm to immediately conduct a search for IAMGOLD'S next leader. In the interim, Daniella Dimitrov, the CFO and Executive Vice President Strategy and Corporate Development, has also been appointed President and Interim Chief Executive Officer, effective immediately.

IAMGOLD is a mid-tier gold mining company operating in three regions globally: North America, South America and West Africa. The company's operating mines include Essakane in Burkina Faso, Rosebel (including Saramacca) in Suriname and Westwood in Canada. The company also owns the Côté Gold construction project in Canada, the Boto Gold development project in Senegal, as well as greenfield and brownfield exploration projects in various countries located in the Americas and West Africa.