LONDON, Jan 13 (Reuters) - British lawmakers plan to scrutinise increases in the fees Visa (V.N) and Mastercard charge businesses after the country's payments regulator found no evidence to justify the rises, a parliamentary committee said on Thursday.

Parliament's Treasury Select Committee said the companies, whose networks account for 99% of card transactions in Britain, had increased the scheme and interchange fees paid by businesses to card issuers when a card is used.

"Given that Visa and Mastercard currently dominate this space, it's vital to ensure that there is sufficient regulation and competition in the market so that businesses are not subject to ever-increasing servicing costs," the chair of the committee, Mel Stride, said in a statement.

Businesses pay scheme fees to be part of a payments network and interchange fees that are based on individual transactions. Increases in fees merchants pay to card issuers are typically passed on to consumers, regulators have said.

It told Stride in a letter on Thursday that it will propose "remedies" this month to tackle rising scheme fees, which have doubled between 2014 and 2018.

"Our analysis indicates a substantial proportion of these increases were not explained by changes in the volume, value or mix of transactions," the PSR said. "Our ongoing engagement with merchants suggests that they have continued to significantly increase since then."

Amazon.com said in November it would stop taking payments from Visa credit cards in Britain from mid-January due to rising fees. 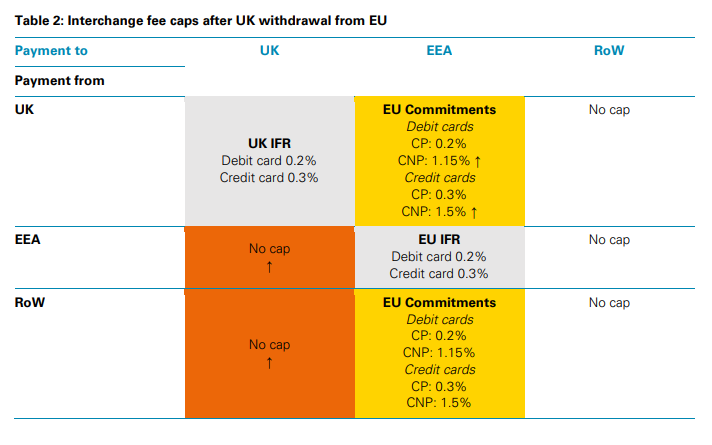 Interchange fees for purchases by British consumers from the European Union rose last year after an EU cap ended due to Britain's full departure from the bloc at the end of 2020. Fees for purchases in Britain, however, remain capped under UK rules.

The PSR said it was closely monitoring the increases in cross-border interchange fees in October by Visa and Mastercard, saying it had seen no significant changes in costs for issuers.

"Our proposed work will be looking more closely at the reasoning behind the recent increases and whether this indicates any themes or concerns that warrant action from us," it said.

Stride said the Treasury committee would discuss the regulator's plans at a hearing in March.

Efforts in the EU to end the dominance and Mastercard have had mixed results.

Reporting by Huw Jones; Editing by David Clarke
Disclaimer: The views expressed in this article are those of the author and may not reflect those of Kitco Metals Inc. The author has made every effort to ensure accuracy of information provided; however, neither Kitco Metals Inc. nor the author can guarantee such accuracy. This article is strictly for informational purposes only. It is not a solicitation to make any exchange in commodities, securities or other financial instruments. Kitco Metals Inc. and the author of this article do not accept culpability for losses and/ or damages arising from the use of this publication.