BEIJING, Jan 14 (Reuters) - China posted a record trade surplus in December and in 2021, as exports outperformed expectations during a global pandemic, but some analysts pointed to a slowdown in international shipments in the coming months.

The trade surplus rose to $94.46 billion in December, the highest since records started in August 1994. That was up sharply from a $71.72 billion surplus in November and above a forecast for a $74.50 billion surplus in a Reuters poll.

China's hefty trade surplus with the United States, a key source of contention between the world's two biggest economies, hit $39.23 billion in December, widening from $36.95 billion the month before, but below this year's high of $42 billion in September.

China's commerce ministry said on Thursday that it hopes the United States can create conditions to expand trade cooperation, after Chinese purchases of U.S. goods in the past two years fell well short of the targets in a Trump-era trade deal. read more

China's exports outperformed expectations for much of 2021, but shipments have been slowing as an overseas surge in demand for goods eases and high costs pressure exporters. It was unclear how the Omicron coronavirus variant would affect that trend.

Exports increased 20.9% year-on-year last month, beating expectations for a 20% rise, but down from a 22% gain in November.

The trade data provided some support to the yuan , which looked set for the biggest weekly gain in two months.

"Exports remained strong last month but may soften in the coming months amid growing disruptions at ports," said Julian Evans-Pritchard, senior China economist at Capital Economics, in a note.

China reported a total of 143 local confirmed COVID-19 cases for Jan. 13, its health authority said on Friday, including in the key northern port city of Tianjin. read more 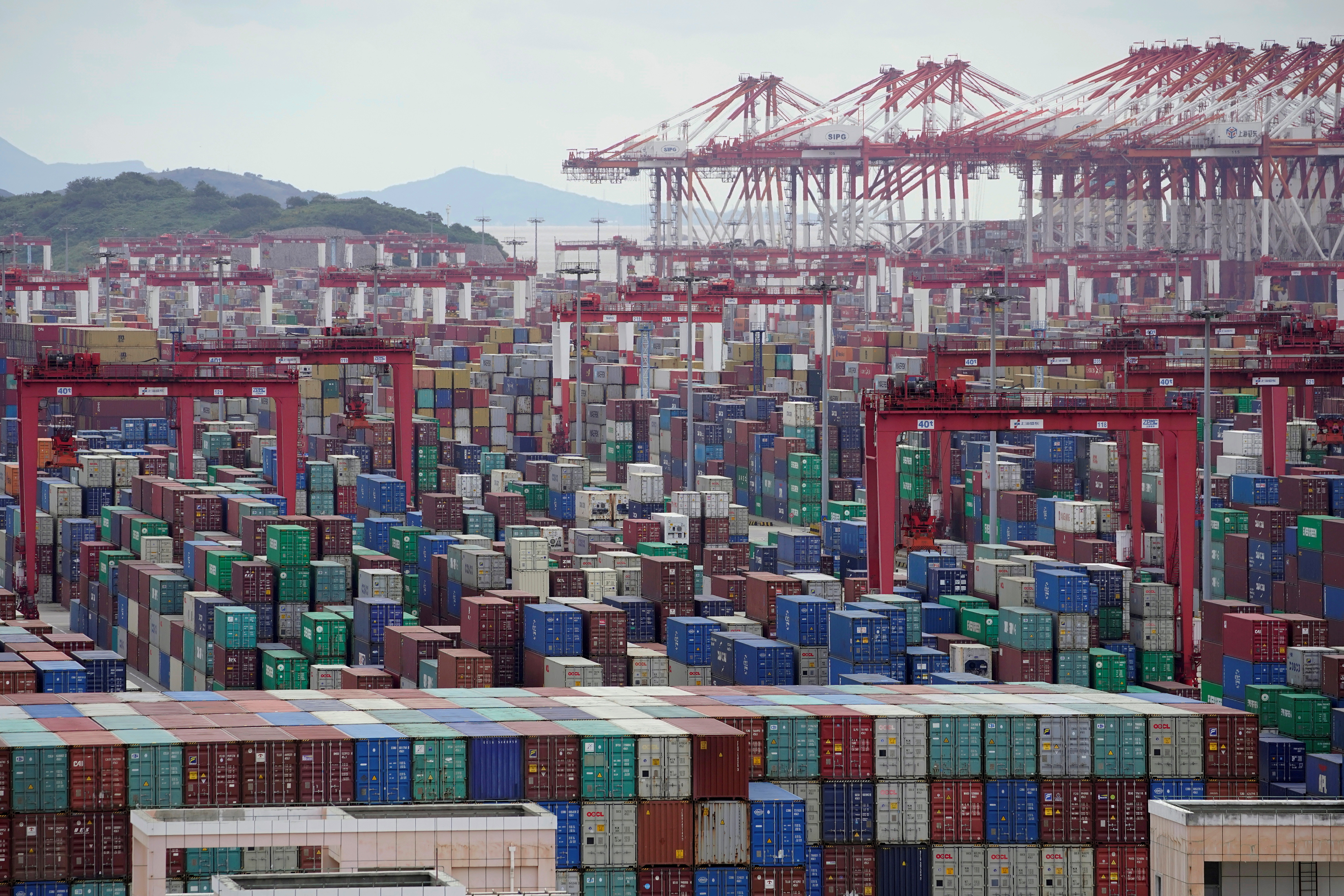 But Zhang Zhiwei, chief economist at Pinpoint Asset Management, said exports may already be benefiting from Omicron's disruption to other countries' supply chains.

"We expect China's exports to remain strong in Q1 because of resilient global demand and worsening pandemic in many developing countries. Currently the strong exports may be the only driver helping China's economy," said Zhang.

The world's second-largest economy staged an impressive recovery from the pandemic, with exports helping to buoy growth as several other sectors were faltering, but there are signs the momentum is flagging.

A property downturn and strict COVID-19 curbs could hurt the 2022 outlook, with some analysts pointing to the slowdown in import growth as evidence that this is already happening.

Imports rose 19.5% year-on-year in December, the customs data showed, missing a forecast for a 26.3% rise and down sharply from a 31.7% gain in November.

"We expect import growth to remain muted in H1 this year as China's domestic demand will continue to be dampened by the property slowdown and weak consumption," said Louis Kuijs, head of Asia economics at Oxford Economics, in a note.

China's economic growth is likely to slow to 5.2% in 2022, before steadying in 2023, a Reuters poll showed, as the central bank steadily ramps up policy easing to ward off a sharper downturn.

Reporting by Shen Yan, Albee Zhang and Gabriel Crossley; Editing by Ana Nicolaci da Costa
Disclaimer: The views expressed in this article are those of the author and may not reflect those of Kitco Metals Inc. The author has made every effort to ensure accuracy of information provided; however, neither Kitco Metals Inc. nor the author can guarantee such accuracy. This article is strictly for informational purposes only. It is not a solicitation to make any exchange in commodities, securities or other financial instruments. Kitco Metals Inc. and the author of this article do not accept culpability for losses and/ or damages arising from the use of this publication.