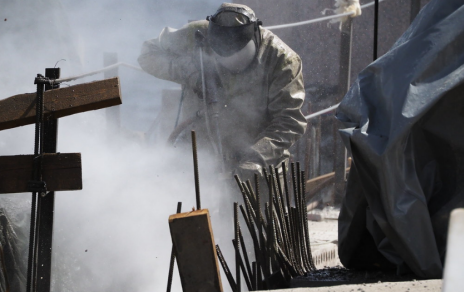 In Canada, the company reported strong fourth quarter gold production at Lamaque, which was mainly driven by higher than planned gold grades in the C4 zone.

The company added that in Turkey, Kisladag performed well in the fourth quarter with gold production in line with plan. Several operational improvements, in advance of the high-pressure grinding rolls circuit commissioning in the mine, crushing circuit, and leach pad in 2021 resulted in increased throughput.

At Efemcukuru, gold production, throughput, and average gold grade were in line with the company's expectations.

Importantly, the company expects that in the fourth quarter, the Turkish current income tax expense on mining profits, at an enacted rate of 25%, to be further increased by $13-16 million. This was partly offset by a reduction from the investment tax credit relating to Kisladag heap leach improvements.

In Greece, Olympias performed well in the fourth quarter, delivering the strongest quarter of the year, and in line with guidance.

"Efficiency initiatives that started earlier in the year, coupled with positive grade reconciliation versus the plan resulted in higher fourth quarter production to end the year," the company said in a statement.

Eldorado also announced yesterday the appointment of Carissa Browning to its Board of Directors and the promotion of Graham Morrison to the role of Vice President, Corporate Development.

Eldorado is a gold and base metals producer with mining, development and exploration operations in Turkey, Canada, Greece and Romania. Eldorado's common shares trade on the Toronto Stock Exchange (TSX: ELD) and the New York Stock Exchange (NYSE: EGO).