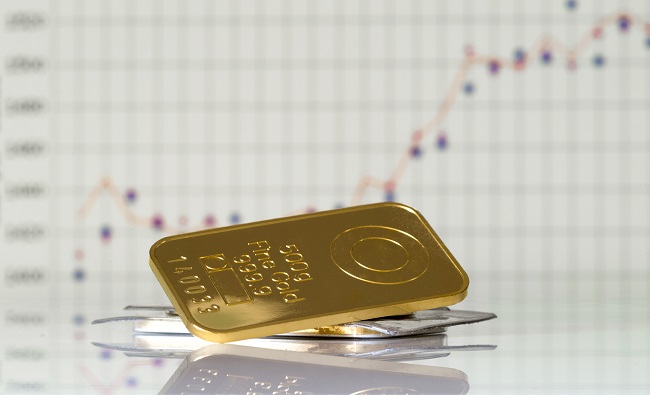 (Kitco News) - While most investors were disappointed with gold’s nearly 4% drop in 2021, one fund manager says that investors should see the precious metal’s price action in a more positive light.

In his latest gold market report, Joe Foster, portfolio manager for VanEck’s gold strategy, noted that while gold’s performance last year was disappointing, it still managed to for a new higher base around $1,800 an ounce.

“The many uncertainties and risks brought on by the pandemic, along with radical fiscal and monetary policies, have lifted gold to new highs as investors sought safety. Since the pandemic crash in March 2020, gold has averaged $1,817 per ounce,” he noted in his report.

While increasing inflation, which saw an annual rise of 7% last month, should have been a positive environment for gold, Foster pointed out that the precious metal also faced significant headwinds last year.

He noted that rising inflation was met with growing hawkish rhetoric from the Federal Reserve.

“While we believe the belated Fed response to inflation may be too little too late, the markets seem to have blind faith in the Fed’s ability to manage the economy,” he said.

At the same time, gold struggled against surging momentum in the U.S. dollar, record valuations in equity markets and a fierce appetite for cryptocurrencies.

“In a mania, most investors lack a sense of risks and see no reason to buy a safe haven asset,” he said.

Foster added that although gold struggled to rally in the face of inflation, there is still plenty of time for the precious metal to play catch-up with the rest of the commodity sector.

However, he noted that Federal Reserve monetary policy remains the most significant factor that will drive gold prices. Currently, markets expect the Fed to tighten its monetary policy this year. Markets see the potential for four rate hikes this year, with the first one coming in March. Expectations are also growing that the U.S. central bank will reduce its balance sheet before the end of the year.

Foster said that some of these expectations might prove to be a little too aggressive.

“The Fed has a history of remaining too easy for too long. This has gotten the economy into trouble as the tech and housing bubbles burst. This time we have an everything bubble and inflation,” he said.