If oil keeps rising, the Fed will be forced to step up its fight against inflation – Bloomberg Intelligence 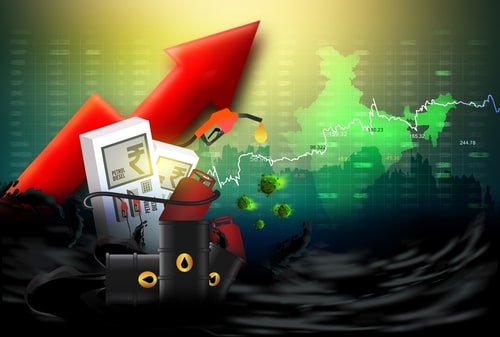 (Kitco News) Rising oil prices contribute to inflation and that could be a problem for the Federal Reserve, which is already fighting four-decade high price pressures, according to Bloomberg Intelligence.

OPEC insiders are not ruling out $100 a barrel oil in the next few months in light of increasing demand and limited supply, Reuters reported. The last time oil traded at $100 was in 2014.

"There will be increasing pressure on oil prices in at least the next two months," Reuters quoted one OPEC source as saying. "Under these circumstances, the price of oil may be close to $100, but it will certainly not be very stable."

Geopolitical factors are also pushing oil prices up. "[This] may be complicating an ebbing market tide typically necessary to constrain inflation," McGlone said on Wednesday. "In the jaw-boning stage of preparing markets for monetary restraint, rising crude-oil prices in 2022 may not be welcome from the Federal Reserve with negative repercussions for risk assets."

Rallying oil might be a sell signal for risk assets, and since the Fed is busy fighting four-decade high inflation, it will be harder to keep markets supported, McGlone added.

"The dichotomy of the stock market declining and crude-oil prices rising in 2022 is temporary, if past patterns repeat, and enhancing oil's vulnerability to an ebbing tide. Down about 2% on a year-over-year basis to Jan. 18, the Russell 2000 Index may be a precursor for what to expect in West Texas Intermediate, up about 60%," he noted. "The fact that the Fed is fighting the greatest inflation in about four decades may mean past patterns are less likely to repeat. The central bank is less able to support risk assets when they decline."

If oil prices hit resistance and begin to decline, it could help bring down elevated inflation, McGlone explained. "Sharp rises in fed fund futures rate-hike expectations and oil prices … may succumb to reversion akin to similar bounces in 2018. The driving reversion force about four years ago was a drop in the stock market," he said.

There is a potential for crude to peak as it did at 2014 and 2018 highs. "The inverse of world crude-oil and liquid-fuel inventories from the Department of Energy shows estimates in 2023 more consistent with prices closer to $63 a barrel vs. about $87 for Brent crude on Jan. 18," McGlone added.