WASHINGTON, Jan 20 (Reuters) - As part of its battle against inflation and a return to more normal monetary policy, the U.S. Federal Reserve is approaching a decision to reduce its balance sheet, which has roughly doubled in size during the pandemic to nearly $9 trillion.

It's a huge stockpile that has been helping hold down longer-term interest rates - including the mortgage rates households worry about when they buy a home - and which influences a wide range of asset and other prices in the economy.

It has been a long journey to a balance sheet that big, and it will be a long trip back to whatever level of assets the Fed decides is "normal" for it to hold.

For most of the Fed's history its footprint in government bond and securities markets was small and steady. That changed in 2007 when the central bank first relied on "quantitative easing," or the purchase of large amounts of government debt as a way to funnel cash into the financial system.

The balance sheet has evolved since then in distinct stages, and officials are about to open the next chapter as they debate how fast to pull back from the key markets for U.S. Treasury bonds and mortgage-backed securities.

The prospect, along with Fed plans to raise its short-term policy rate as well, is already prompting financial markets to reprice the rates that households, companies and the government itself pay to borrow money. 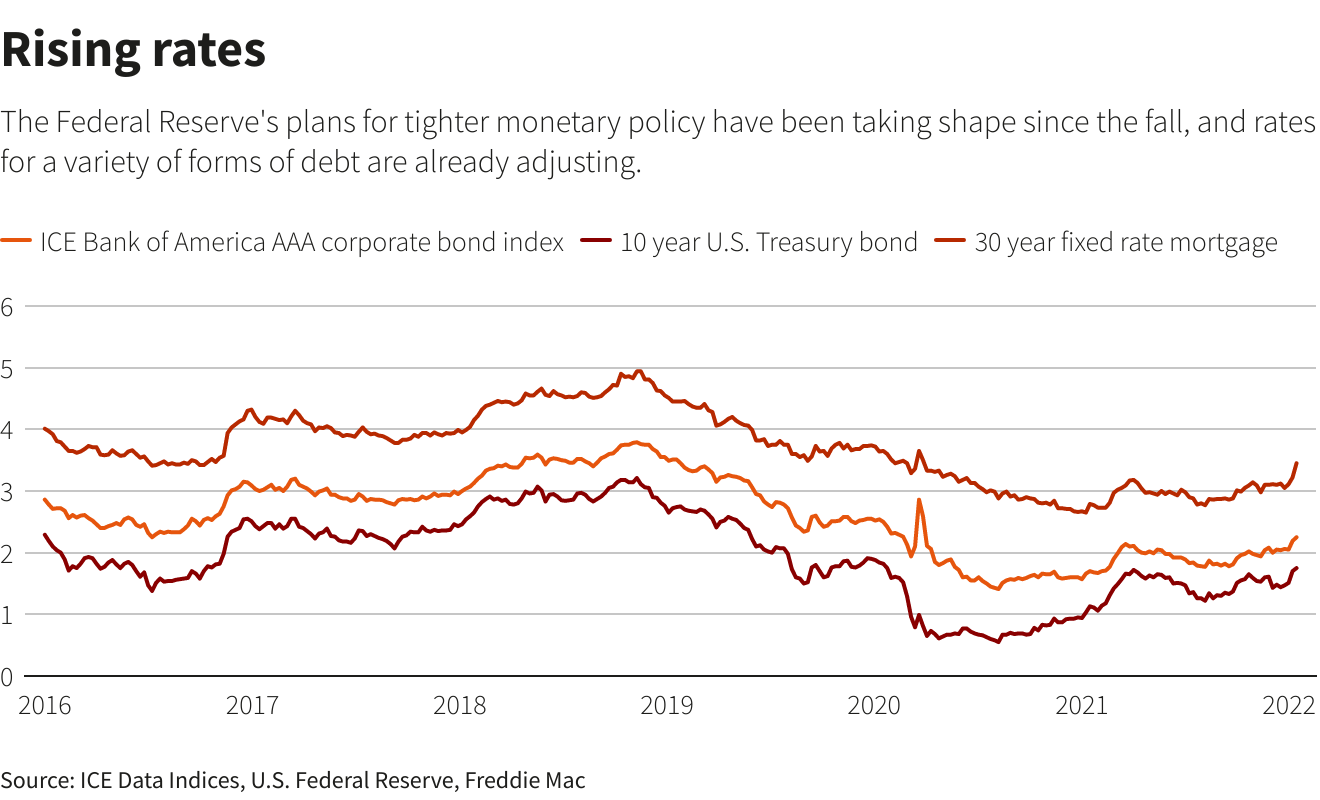 Policymakers haven't decided how fast to make the drawdown this time. Fed Chair Jerome Powell has said only that they will go faster, though the endpoint also remains unclear. The last time the Fed attempted "quantitative tightening" it pulled a maximum of $50 billion a month from the financial system.

"The financial system can tolerate an accelerated reduction in the Fed’s holdings of securities," with perhaps $1.8 trillion of "excess liquidity" sloshing through the financial plumbing, she wrote this week. "We look for the Fed to be aggressive."

Reporting by Howard Schneider; Editing by Dan Burns and Andrea Ricci
Disclaimer: The views expressed in this article are those of the author and may not reflect those of Kitco Metals Inc. The author has made every effort to ensure accuracy of information provided; however, neither Kitco Metals Inc. nor the author can guarantee such accuracy. This article is strictly for informational purposes only. It is not a solicitation to make any exchange in commodities, securities or other financial instruments. Kitco Metals Inc. and the author of this article do not accept culpability for losses and/ or damages arising from the use of this publication.