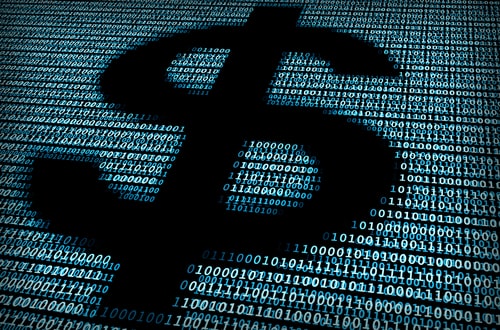 (Kitco News) The Federal Reserve released its long-awaited discussion paper on the digital dollar. As expected, the Fed didn't take sides, but it did outline the pros and cons of introducing a central bank digital currency (CBDC). The public was also invited to weigh in.

"The introduction of a CBDC would represent a highly significant innovation in American money. Accordingly, broad consultation with the general public and key stakeholders is essential. This paper is the first step in such a conversation," the Fed said.

As expected, the central bank noted that it will not proceed in creating a CBDC unless there is "clear support from the executive branch and from Congress, ideally in the form of a specific authorizing law."

There were no policy recommendations made regarding the CBDC, but several areas were highlighted as benefits and risks.

"The Federal Reserve will continue to explore a wide range of design options for a CBDC. While no decisions have been made on whether to pursue a CBDC, analysis to date suggests that a potential U.S. CBDC, if one were created, would best serve the needs of the United States by being privacy-protected, intermediated, widely transferable, and identity-verified," the report stated.

The pros of a CBDC were safer and faster payments, help with preserving the international dominance of the U.S. dollar, improved cross-border payments, and increased financial inclusion.

"It is important to consider the implications of a potential future state in which many foreign countries and currency unions may have introduced CBDCs. Some have suggested that, if these new CBDCs were more attractive than existing forms of the U.S. dollar, global use of the dollar could decrease—and a U.S. CBDC might help preserve the international role of the dollar," the report noted.

On the other hand, the risks are around the changes to the structure of the U.S. financial system, concerns around the safety and stability of that system, potential impact on monetary policy, cybersecurity, and issues around privacy and data protection.

"Any CBDC would need to strike an appropriate balance between safeguarding consumer privacy rights and affording the transparency necessary to deter criminal activity," the report said without further clarification on how that balance could be achieved.

One of the findings from the paper was the Fed recognizing that a CBDC would work best if it were "intermediated" through the current financial system. Here's what that means: "under an intermediated model, the private sector would offer accounts or digital wallets to facilitate the management of CBDC holdings and payments," according to the report.

Public input on the topic will be accepted until May 20.

"The Federal Reserve will only take further steps toward developing a CBDC if research points to benefits for households, businesses, and the economy overall that exceed the downside risks, and indicates that CBDC is superior to alternative methods," the report stated.