WASHINGTON, Jan 20 (Reuters) - U.S. Federal Reserve officials, having plotted what seemed a clear battle plan against high inflation, must now contend with fresh signs the coronavirus is again slowing the economy as well as markets conspiring to tighten financial conditions faster than Fed policymakers may have hoped.

The combination of economic data pulling in one direction and investors in another could make the Fed's meeting next week unexpectedly complex as policymakers try to balance continued uncertainty over the health crisis against markets adjusting fast around projections the Fed may need to act even more aggressively against inflation.

The central bank has been clear interest rates will rise this year - at its December meeting every official expected at least one rate increase and half expected three - and that it would also reduce its $9 trillion stock of assets as a second means to tighten monetary policy. Next week's session was seen allowing them to start refining the message of a likely initial interest rate increase in March with a balance sheet reduction later in the year.

But the stakes have gotten higher.

Recent retail spending data were disappointing, real-time measures of economic activity have dipped, and hiring may have eased in response to the massive wave of coronavirus infections driven by the Omicron variant.

The daily pace of infections may now be slowing, but other risks to the recovery remain, including a decline in federal government spending that has helped support disposable income for families throughout the pandemic.

Data from payroll provider UKG showed shift work decreased by 5% for the week ending Jan. 16 compared to the week before, a sign coronavirus infections may produce another disappointing employment report in January after job growth of just 199,000 in December.

"The recovery weakened a bit more" at the start of the year with employment indicators below where they were before the holidays, said Oxford Economics economist Oren Klachkin, with the Omicron outbreak "dragging on employment." The firm's index of the recovery hit 100 in October before slipping in recent weeks. 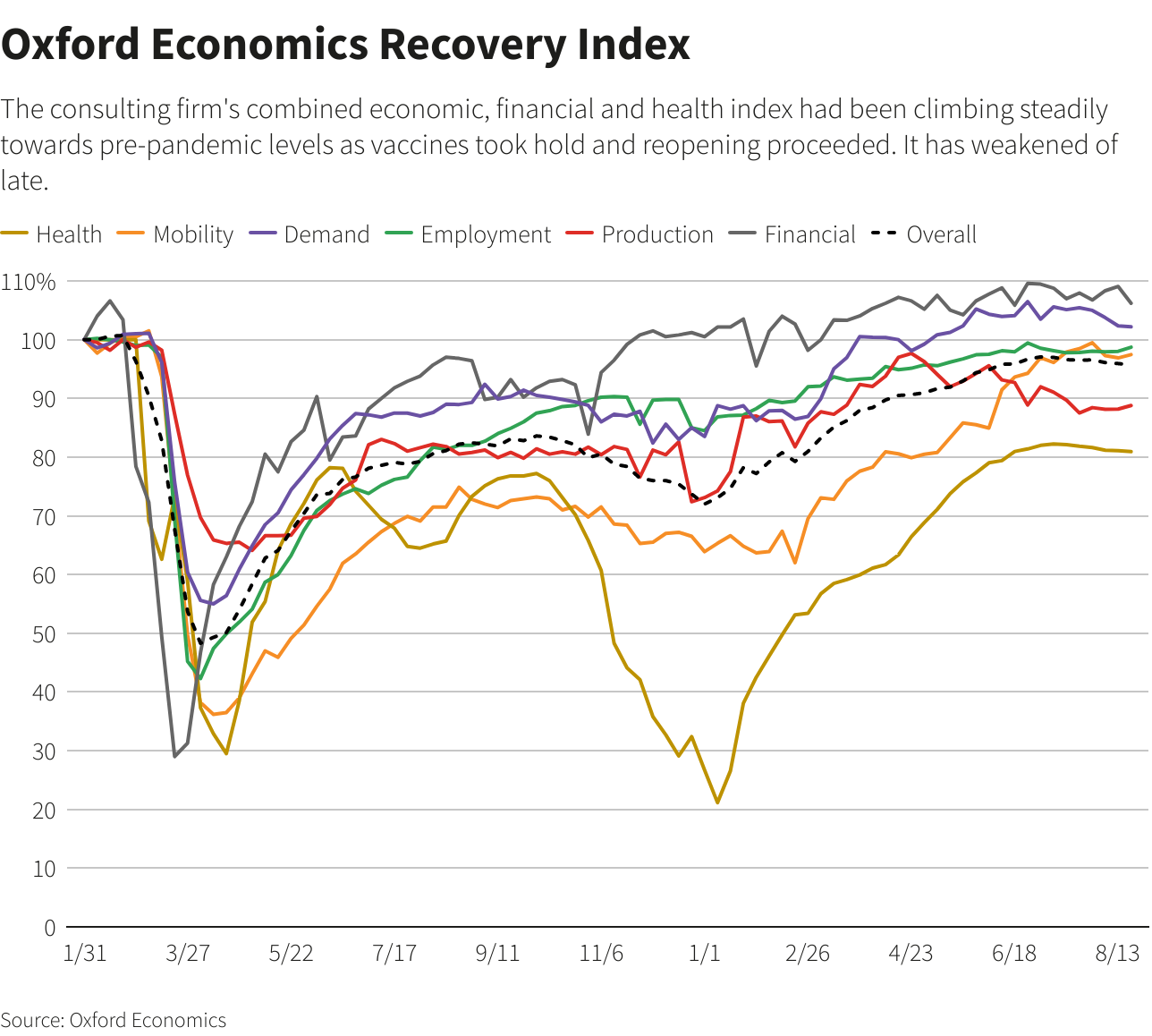 Fed officials are hopeful the pandemic's drag on the economy eases soon, but will have to live in doubt until it's clear the Omicron variant will decline in the United States as fast as it did in South Africa and as it appears to be doing elsewhere.

The Fed is treating signs of sluggish growth "as temporary, due entirely to Omicron-related disruptions," wrote Natixis chief economist Joseph Lavorgna. "This would be a mistake. There is going to be a historic tightening of fiscal conditions this year...The hiking of interest rates into a growth slowdown raises the risks" of Fed policy slowing growth even further and perhaps triggering a recession.

At next week's two-day meeting on Tuesday and Wednesday the challenge is to acknowledge the economic risks from the virus without diminishing the commitment to fight inflation, or, conversely, of coming off as so concerned about prices that investors expect even stricter policies to come.

Investors, so far, have taken the Fed's consensus around rate hikes and run with it. Interest rate futures markets reflect strong odds for as many as five rate increases this year of a quarter percentage point each, and real-world borrowing costs for consumers looking to buy a home, corporations aiming to raise capital and even the U.S. government have shot up as a consequence. U.S. stocks have fallen sharply since the start of the year as investors worry higher rates will hit technology and growth shares. 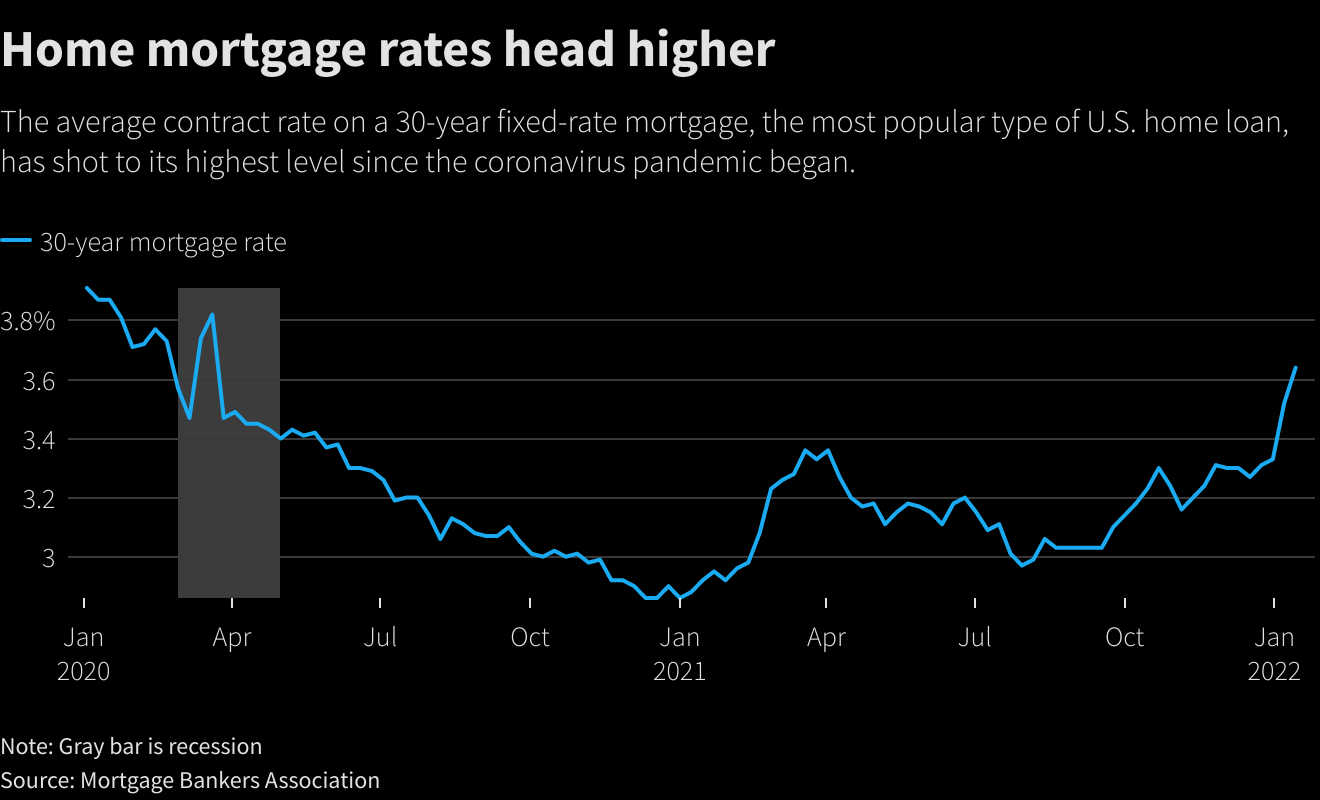 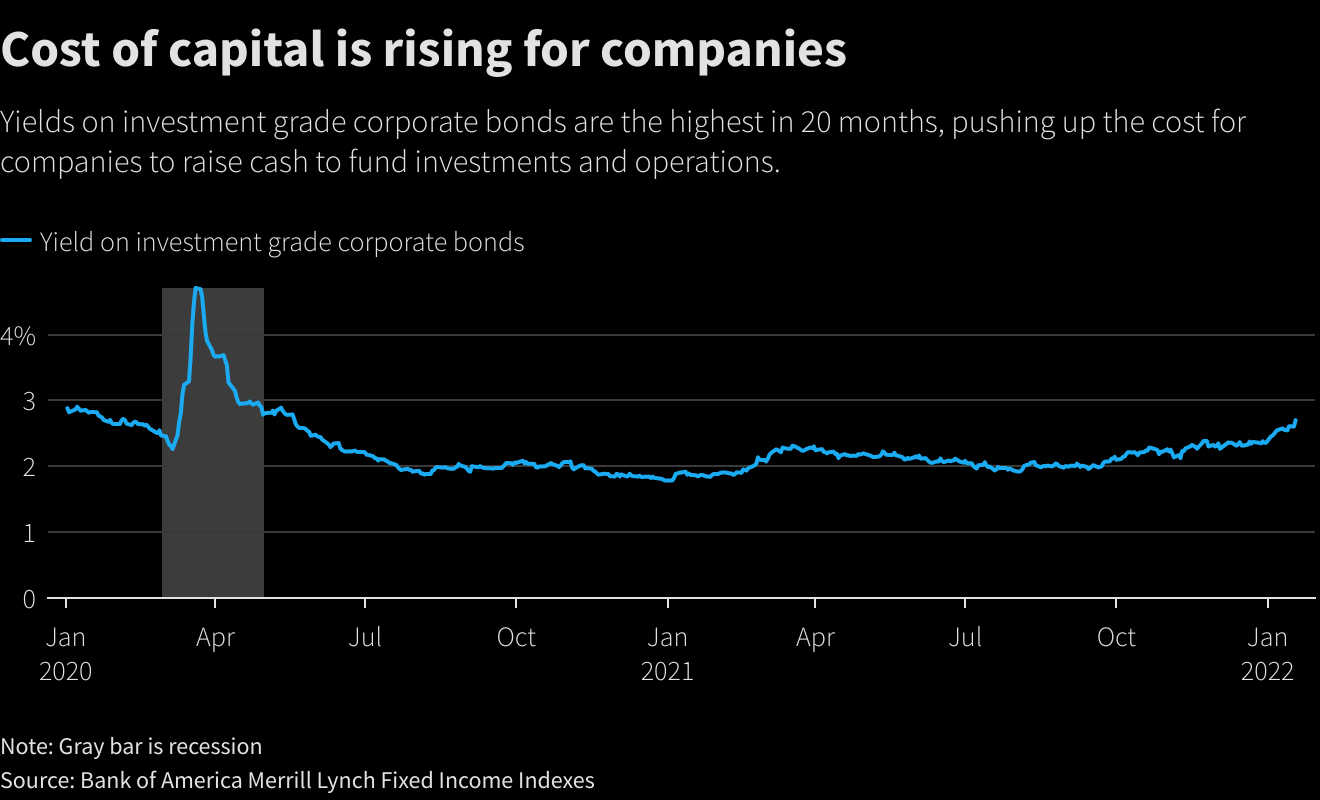 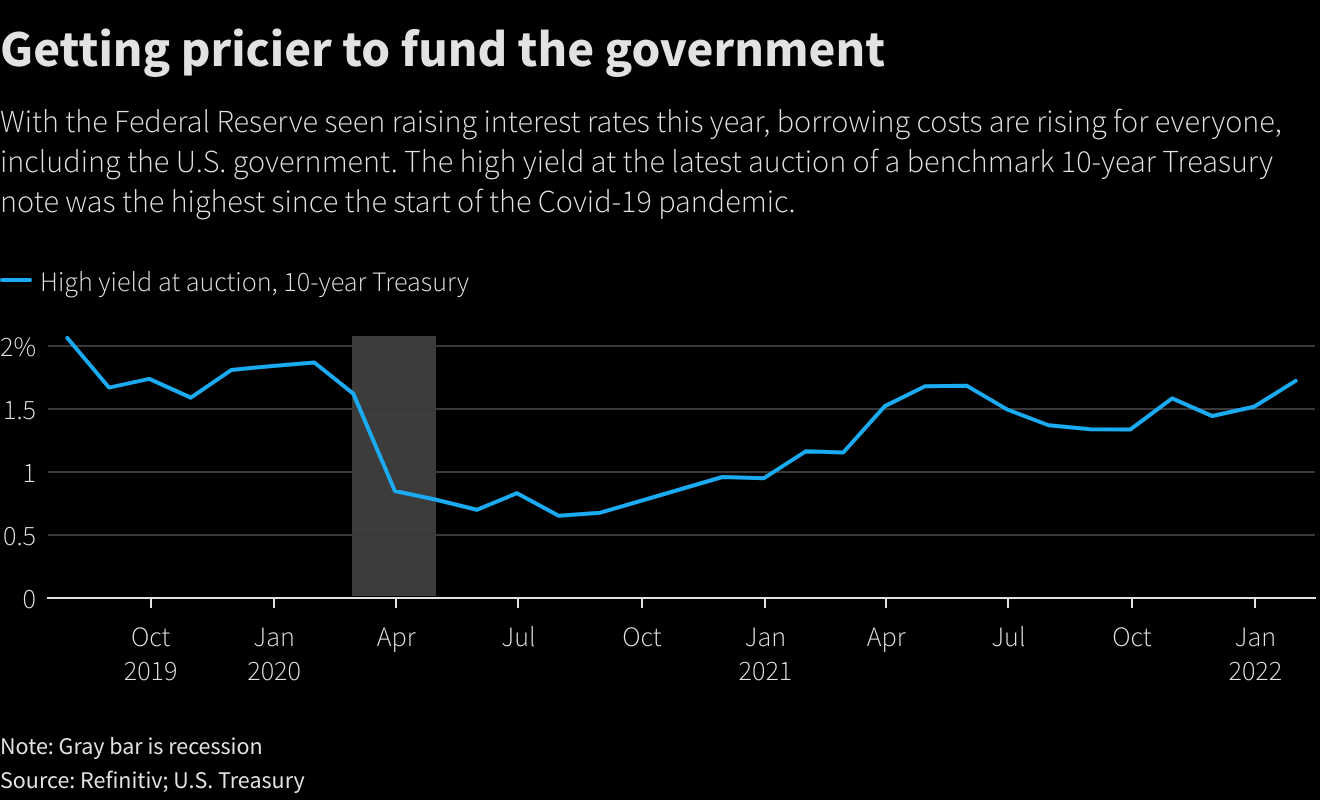 Markets are abuzz with chatter that the central bank might make history with its first half-point rate increase in more than 20 years and rife with speculation it will begin to run down its balance sheet more quickly than anticipated and tighten credit conditions by yet another notch.

Even those Fed officials most concerned about inflation know there are limits to how fast the central bank can move without risking a backlash in financial markets that could slow spending and hiring more than desired.

Asked about the possibility the Fed would raise rates by half a percentage point in March as a sort of shock treatment against inflation, Fed Governor Chris Waller said there was no mood for that.

"We have not prepared markets for anything that dramatic," Waller told Bloomberg TV last week.

But the Fed is in a situation it has not confronted for a long time - if ever - as it tries to lower inflation in an environment when global supply chains may be in for an extended readjustment, feeding higher prices through a channel beyond the Fed's influence.

The current crop of policymakers, for a decade or more, have been concerned mostly about inflation that was too low, with virtually no experience in wrangling it lower.

Reporting by Howard Schneider; Additional reporting by Ann Saphir; Editing by Dan Burns and Andrea Ricci
Disclaimer: The views expressed in this article are those of the author and may not reflect those of Kitco Metals Inc. The author has made every effort to ensure accuracy of information provided; however, neither Kitco Metals Inc. nor the author can guarantee such accuracy. This article is strictly for informational purposes only. It is not a solicitation to make any exchange in commodities, securities or other financial instruments. Kitco Metals Inc. and the author of this article do not accept culpability for losses and/ or damages arising from the use of this publication.