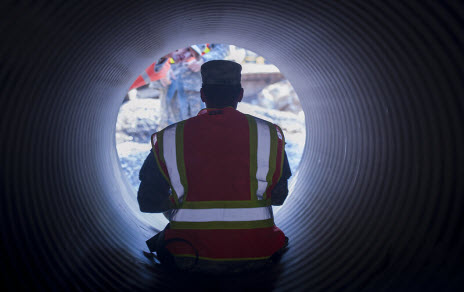 The company said that its Kalgoorlie operations are performing in line with expectations with the focus on growth dominated by activities at KCGM.

Yandal is performing in line with expectations with a continued focus on progressing the Thunderbox mill expansion.

However, the company noted that Pogo is performing slightly below expectations with a focus on sustaining achievements delivered in the December quarter, as transition to the 1.3Mtpa operating capacity is on track (1.2Mtpa achieved in December), with increased mined physicals expected to increase milled grade in the second half.

Northern Star also said that its FY22 guidance of 1.55-1.65Moz at an AISC of A$1,475-1,575/oz is unchanged, with gold production weighted towards the second half of FY22, driven by increasing grades at Yandal and increasing mining rates at Pogo. Importantly, AISC is expected to decrease in 2H.

Managing Director Stuart Tonkin commented, "During the quarter we safely advanced our growth strategy towards becoming a 2Mozpa producer. We remain on track to meet our FY22 guidance, which incorporates the current WA border closure and associated labour and cost impacts. Our experience at Pogo in Alaska has provided examples of the disruption we may face in WA and the mitigating
actions required to reduce operational impact."