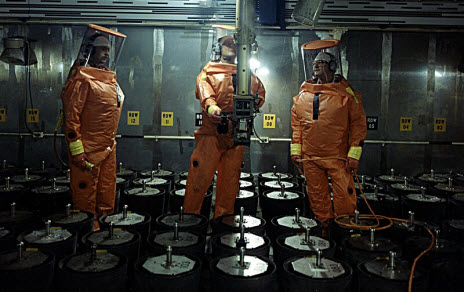 (Kitco News) - Seligdar, one of the largest gold producers in Russia, said today it has signed an agreement with the state nuclear corporation Rosatom on the supply of energy generated by a small modular nuclear reactor for the Kyuchus gold deposit in the Republic of Sakha (Yakutia).

The agreement signed by Evgeny Pakermanov, President of Rusatom Overseas and Sergey Ryzhov, Chairman of Seligdar, sets a 40-years period of electrical power supply provided by the world's first land-based small modular nuclear reactor, starting from June 30, 2028. The period of nuclear energy usage can be extended due to a high probability of the deposit's reserves increase.

Seligdar added it will use at least 35 MW of nuclear-generated electrical energy for the Kyuchus deposit project, which is one of the Russia's largest gold deposits with gold reserves exceeding 175 tonnes.

The construction of a small modular nuclear reactor of Russian design that is planned in Yakutia, will employ the most advanced reactor plant RITM-200, which incorporates many years of operating experience of small reactors at the vessels of the Russian icebreaker fleet (more than 400 reactor-years).

Six RITM reactors have already been manufactured and installed at three latest omni-purpose icebreakers. The on-land small modular nuclear reactor is designed to supply power to isolated energy grids or remote territories and consumers. It is characterized by compact and modular design, reduced construction time, and high safety standards.

The commissioning of small modular nuclear reactor is scheduled for 2028 in Ust-Kuiga town of the Ust-Yanskiy district of the Republic of Sakha (Yakutia).

"The construction of the plant will ensure an uninterrupted supply of clean energy for the Kyuchus gold deposit, which is one of the largest in Russia," the company said in a statement.

Seligdar is a polymetallic mining holding, one of the largest gold mining companies in Russia and the only producer of domestic tin. In terms of tin reserves, it is one of the five largest companies in the world. The company produces gold in the Republic of Sakha (Yakutia), Altai, Buryatia, and also produces tin in the Khabarovsk Territory of Russia.