USGS explained that increase in global mine silver production in 2021 was primarily associated with improved production from mines in Argentina, India, Mexico, and Peru following shutdowns in 2020 in response to the global COVID-19 pandemic. 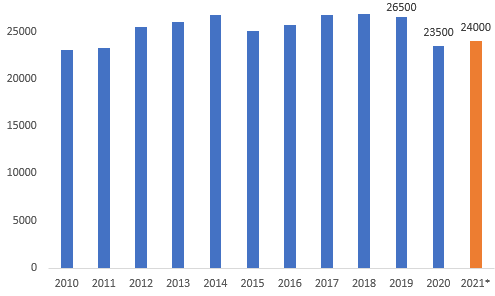 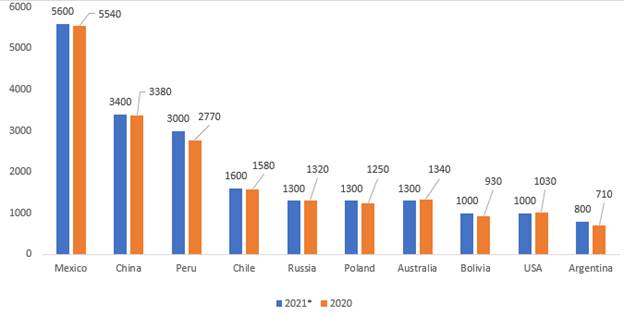 According to the report, in 2021, global consumption of silver was estimated to have increased slightly from that in 2020. Coin and bar consumption increased in 2021 for the fifth year in a row, led by U.S. investments. In 2021, physical investment in the United States in silver reached an estimated 7,900 tons (250 million troy ounces) compared with 6,240 tons (201 million troy ounces) in 2020. This was partially offset by an 85% decrease in investments in India.

Importantly, USGS added that global consumption of silver for industrial uses was estimated to have increased in the first 6 months of 2021 owing to the reopening of economies.