The future of money: Nearly 100 countries are exploring CBDCs, what are the risks? 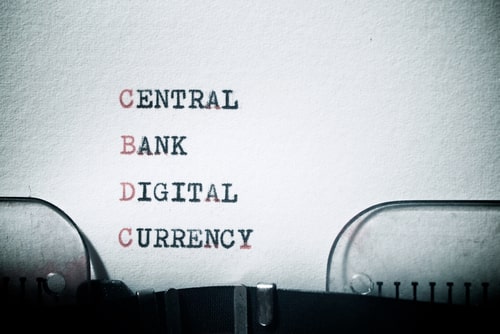 There are now 87 countries looking at adopting a central bank digital currency, according to Atlantic Council CBDC tracker. These countries combined represent more than 90% of global GDP. This is a massive jump just from 35 countries exploring this option in May 2020.

Nine countries have already launched a digital currency, with Nigeria being one of the latest ones introducing the e-Naira.

Another 14 countries, including China and South Korea, are already in the pilot stages to prepare for an official launch.

The four largest central banks currently looking at a CBDC are the Fed, the ECB, Bank of Japan, and the BoE, with the U.S. central bank lagging behind the other three.

Out of the big players, China is at the forefront of CBDC development. The second-largest economy in the world completed its CBDC development in 2019 and is currently in the mass testing stage.

According to the People's Bank of China (PBOC), there were 261 million unique users at the end of 2021, with a total of 87.5 billion yuan ($13.78 billion) worth of transactions made using the Chinese central bank digital currency.

At the beginning of January, China deployed its pilot versions of the digital yuan wallet application for Android and iOS.

"[The e-CNY] will be forced upon the populace in China," Piper Sandler analyst David Kroger said. "A result of a government that likes to control its people, a digital currency that watches every transaction made."

All eyes are now on Jamaica, which is scheduled to roll out its own digital currency on a national level in the coming months after pilot-testing the project last year, issuing 230 million Jamaican dollars (US$1.5 million) of the digital currency.

According to the Bank of Jamaica, the goal of the CBDC is to lower transaction costs and provide financial services to citizens who do not have a bank account.

This week, India took some concrete steps towards adopting a CBDC, with finance minister Nirmala Sitharaman stating that a digital currency would be introduced in the next financial year.

Also, the Central Bank of Jordan announced this week that it is researching launching its CBDC linked to the Jordanian dinar.

In December, Australia said that it is looking into adopting a digital currency. "If we do not reform the current framework, it will be Silicon Valley that determines the future of our payments system," Treasurer Josh Frydenberg said in a speech. "These are significant shifts which we need to be in front of."

The Bank of England is in an exploratory stage, stating back in November that a CBDC is unlikely to be introduced until at least 2025.

Cambodia launched its digital currency in October 2020. And in January 2022, nearly half the population was already using it. The digital currency, known as Bakong, can be used in stores or to transfer money via a mobile phone and does not require a bank account.

The Bank of Mexico is planning to launch its own CBDC in 2024, while South Korea, Japan and Russia are looking at doing CBDC trials this year.

Even the Central Bank of Iran (CBI) is looking into the possibility of launching a CBDC pilot, with development already beginning back in 2018, according to a report by the Iranian Labour News Agency.

Visa and Mastercard have also jumped on the CBDC bandwagon, offering a way for central banks to test various retail applications of CBDCs on their platforms.

"We think that stablecoins and CBDCs will coexist in the future and there'll be a number of different approaches to creating products based on that," Visa's head of crypto Cuy Sheffield said last month.

Risks and benefits of a CBDC

A CBDC is a digital form of fiat money that a central bank issues. And there are many well-known benefits to adopting one — cost-efficiency versus physical cash, better financial inclusion for the unbanked, and limiting illegal activity.

"Before Covid, central bank digital currencies were largely a theoretical exercise. But with the need to distribute unprecedented monetary and fiscal stimulus around the world, combined with the rise of cryptocurrencies, central banks have quickly realized they cannot let the evolution of money pass them by," said Josh Lipsky, director of the GeoEconomics Center and former Senior Advisor at the International Monetary Fund.

On the other hand, several serious risks exist, such as a possible run on banks, privacy, and cybersecurity risks.

"Citizens could pull too much money out of banks at once and purchase CBDCs, triggering a run on banks. Centralizing, through the government, a system designed to be private may produce backlash from users and create cybersecurity risks. Regulatory processes are not updated to deal with the new forms of money and need to be made more robust before adopting this technology," said the Atlantic Council.

Plus, with so many countries working on their own projects, standardization and interconnection are a major concern. "Without new standards and international coordination, the financial system may face a significant interoperability problem in the future," warned the Atlantic Council.

What the Fed is saying

In the long-awaited research paper released in January, the Federal Reserve outlined the pros and cons of introducing a CBDC. This is the first step the Fed has taken in this direction, inviting the public to weigh in without taking a clear stance itself.

"The introduction of a CBDC would represent a highly significant innovation in American money. Accordingly, broad consultation with the general public and key stakeholders is essential. This paper is the first step in such a conversation," the Fed said.

The pros of a CBDC include safer and faster payments, preservation of the U.S. dollar dominance, improved cross-border payments, and increased financial inclusion.

"If these new CBDCs were more attractive than existing forms of the U.S. dollar, global use of the dollar could decrease—and a U.S. CBDC might help preserve the international role of the dollar," the Fed noted.

The cons included changes to the structure of the U.S. financial system, concerns around the safety and stability of that system, potential impact on monetary policy, cybersecurity, and issues around privacy and data protection.

"Any CBDC would need to strike an appropriate balance between safeguarding consumer privacy rights and affording the transparency necessary to deter criminal activity," the Fed said.

After analyzing the report, Bank of America said that the U.S. could introduce a CBDC in 2025, adding that digital currencies "are an inevitable evolution of today's electronic currencies."