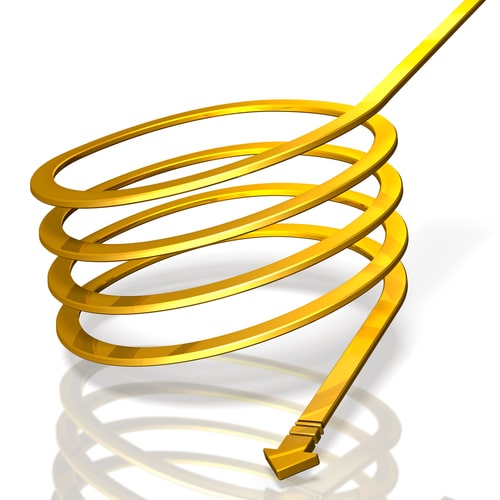 (Kitco News) - The gold market is stuck at its all too familiar $1,800 an ounce level as markets start to price in the potential of a 50 basis points rate hike in March. The focus next week is on the latest U.S. inflation numbers.

The most anticipated data point of the week shocked the markets on Friday as investors digested the U.S. economy reporting strong hiring and higher wages, with 467,000 jobs created in January.

In response, gold tumbled, but strong buying interest below the $1,800 an ounce level has helped gold recover. The April Comex gold futures were last trading at $1,806.20, up 0.12% on the day.

In light of strong employment data, markets are starting to price in a 50-basis-point rate hike in March.

"For gold, the biggest headwind has always been how aggressive the Fed will have to be with tightening policy," said Moya. "With a couple of hotter inflation reports coming before the March FOMC meeting, the base case is quickly becoming for the first-rate hike to be a half-point interest rate increase."

And an environment with surging global bond yields is never good for gold. But what the recent trading pattern shows is that with gold and bond yields, it is no longer a one-way trade. "If we are talking about Treasury yields going up another 30 basis points, that would usually mean gold at $1,650. But that's not the case and is not what's happening now," Moya said.

The good news for gold is that there are buyers below the $1,800 level. However, if that changes, the precious metal could be in trouble.

"It will be a choppy period for stocks and gold going into March. We are probably going to see more inflows into gold just because of significant geopolitical risks and inflation pressures. Bitcoin is starting to compete with gold again as institutional money is trying to catch a bid," Moya said. "But gold buyers do emerge on dips, showing that for a lot of investors, gold is still an inflation hedge and a safe haven."

On top of the Fed uncertainty, markets are also dealing with a hawkish tilt from the European Central Bank and the Bank of England.

Despite keeping its key rate unchanged at -0.5% this week, the ECB president Christine Lagarde told reporters that she is growing more concerned with the recent surge in inflation.

Her comments come after the euro zone's inflation data showed the cost of living jump a record 5.1% in January.

That Bank of England also stepped up its fight against three-decade high inflation in the U.K. with its first back-to-back rate hike since 2004, increasing the policy rate to 0.5 %.

"Financial markets are pricing in the BoE raising by 50 basis points in March. A lot of tightening is difficult for gold," Moya pointed out.

Gold remains stuck with sideways price action, for now, said RJO Futures senior market strategist Frank Cholly. "A 50-basis-point hike could hurt gold. Yields are moving higher right now, but gold is holding above $1,800, and that's encouraging. Gold should be able to move higher because of global price pressures, but I won't get too bullish until gold makes it above $1,900."

Geopolitical tensions between Russia and Ukraine along with surging energy prices should help gold along, Cholly added.

"Inflation will eventually benefit gold — the high price of energy ripples through the entire economy. Everything requires energy to produce it and to mine it. I expect that the higher costs of energy will inflate the cost of precious metals," he explained. "Geopolitical tensions with Russia could have a big impact on energy prices."

Markets could be looking at $100 Brent oil next week, Moya stated. "This trajectory is getting traction. Geopolitical tensions are heightened again," he said. "The energy story is the biggest risk right now."

All eyes are on the latest inflation numbers for the U.S., scheduled to be released on Thursday. Market consensus calls are projecting a 7.3% annual headline print for January.

"The narrative of intensifying labor market inflation pressures and strong employment growth when Omicron is supposedly depressing activity only makes it more likely that the Fed will embark on an aggressive series of interest rate increases. We are doubtful on the idea of a 50bp hike in March as a signal of intent to get inflation under control, given comments from officials, but fully expect five 25bp hikes this year, starting in March," said ING chief international economic James Knightley.