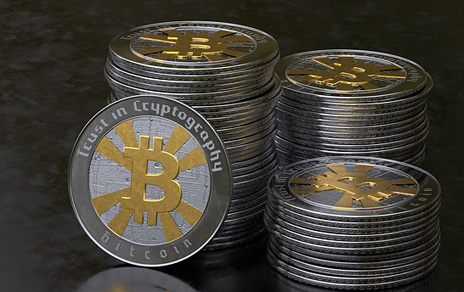 (Kitco News) - Japanese trading firm Mitsui & Co. plans to issue a digital currency called ZipangCoin (ZPG) and it could be released as early as this month according to reports by Nikkei. ZPG will allow people to purchase items at affiliated retailers with a smartphone app like other digital payment systems, which are becoming increasingly popular in the country.

Unlike most other cryptocurrencies that are not backed by tangible assets, the value of ZPG will be less volatile. Mitsui has set up a cryptocurrency exchange with Seven Bank and others and has registered it with the Kanto Local Finance Bureau, with permission granted by the central government's Financial Services Agency (FSA).

ZPG will be linked to gold procured at yen-denominated prices by Mitsui from the London Metal Exchange. The value of one ZPG will be equal to one gram of gold and guaranteed by Sumitomo Mitsui Banking. The new currency will be sold first through Mitsui's exchange and later made available on other exchanges. Those registered exchanges will be required to verify the identity of users.

Mitsui plans to allow ZPG to be used for payments. Users, for example, will install a "wallet" app on their smartphones for purchasing items at convenience stores and supermarkets. U.S. tech giants are also starting to incorporate cryptocurrencies in their payment services. This seems to be the trend as recently, Twitter introduced Tip Jar, a feature that allows users to tip each other in cash and bitcoin. Paypal Holdings also introduced a started a service in the U.S. in which customers can pay for daily expenses in bitcoin and other cryptocurrencies. Time will tell how successful the adoption of ZPG coin will be but a cryptocurrency backed by the precious metal is a positive step.