Turkey wants billions worth of 'under the mattress' gold back in the financial system as it fights inflation, currency devaluation 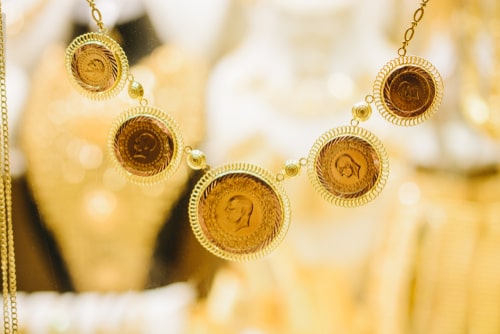 (Kitco News) As Turkey battles inflation at nearly 50% and a very weak lira, the government wants to encourage citizens to convert their "under the mattress" gold worth billions of dollars into lira-denominated bank accounts.

This plan aims to strengthen the lira by depositing 5,000 tons of "under the mattress" gold into the banking system.

Treasury and Finance Minister Nureddin Nebati explained: "With this package, we will put under-the-mattress gold, which is estimated at around 5,000 tons, into the [banking] system. It is equivalent to about $250-$350 billion. A certain part of that amount will support the Central Bank's foreign currency needs," Nebati said at a press conference in London on February 8.

"Under the mattress" gold is a term used to describe the yellow metal stored by citizens at their homes as an insurance policy against rising prices and currency devaluation.

Nebati added that 30,000 gold shops and five gold refineries would potentially help with the logistics. More details of the government's plan to covert private gold holdings into lira bank accounts are expected to be announced within days.

"The most important point is that another instrument to encourage Turkish lira savings has been prepared as an essential aspect of our model," Nebati stated.

The announcement was made during Nebati's first official trip abroad at comes just after Turkey's latest inflation data from January, which showed price pressures soaring to fresh 20-year highs at an annual pace of 48.7%.

The Turkish lira has not been holding up well in light of red-hot inflation numbers. Last year, the country's currency tumbled 44% against the U.S. dollar.

But the reception has been somewhat slow, according to Fitch. "Take-up was about 4% of sector deposits at end-January 2022, according to statements by government officials reported in local media," Fitch wrote in a February report. "The scheme does not address the causes of the sharp deterioration in domestic confidence that has weakened the lira – high inflation, deeply negative real rates, the lack of a credible policy anchor and the uncertainty about economic policy ahead of elections in 2023."