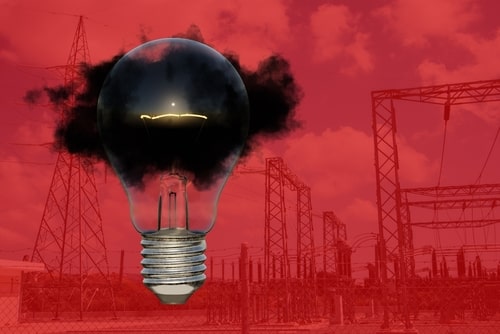 (Kitco News) Surging energy prices spilling over into broader markets and triggering inflationary psychology is one of the Federal Reserve's worst-case scenarios. But that is exactly what could trigger the next bull run in gold, according to Goehring & Rozencwajg Associates managing partner Leigh Goehring.

The potential big shock this year is the energy crisis impacting oil, agriculture, and broader markets such as food, Goehring told Kitco News.

The oil market is looking tighter and tighter, which can be a precursor to a much bigger boom in agriculture and gold prices due to the onset of inflationary psychology.

"Demand is running much higher in the oil market than people thought, and supply will be much less than projected. In the fourth quarter of this year, we might end up in a situation where demand could very well surpass total pumping capability. The reason why it's important is that we've never been there before. Even if we go back to the great oil crisis in the 1970s, we never even got close to global pumping capability. However, we are very close today," Goehring warned.

Already high oil prices could get even worse as the fourth quarter approaches, Goehring added, pointing to the seasonality trends of the market.

"The reason why it will show up in the fourth quarter is that global oil demand on a yearly basis has a lot of seasonality. Global demand bottoms in May and June. And it peaks in November and December," he elaborated. "Global demand has already surpassed 100 million barrels a day. By the end of the fourth quarter, traditional seasonality in the global demand could be bumping up against total world pumping capability."

Oil prices could be trading comfortably in the low $100 a barrel in the next couple of months and then surge towards $150, Goehring said. "We should be building inventories right now, but we are still severely drawing inventories. The demand is much stronger than expected."

Plus, there is a risk of "a black swan supply disruption," which could lead to oil spiking even higher. This would have "huge pressures" on U.S. inflation numbers, Goehring noted.

With the U.S. inflation already running at a new four-decade high of 7.5%, this potential supply disruption could introduce inflationary psychology into the system. And that is exactly what the Federal Reserve wants to avoid — inflation becoming too entrenched.

The big surprise of 2022 could be inflation accelerating even further as global natural prices spill into agriculture and the 2022 harvest.

"The U.S. inflation at 9%-10% this year is a gimme," Goehring stated. "Higher food and gasoline trigger inflation psychology. We are getting food inflation right now. Suppose we get a spike in oil price, where gasoline ends up going over $5 a gallon. In that case, that could wind up producing inflationary psychology, which will spur people's attempt to protect themselves from it on a long-term basis. And that will spur gold demand."

This is where Goehring & Rozencwajg's $15,000 gold price projection at some point in the next ten years comes in.

"We've been firm believers that inflation is not transitory. It will get worse because of all the shortages we talked about. A potential problem in the oil market could see inflation only get worse," Goehring said.

Impact on gold and other commodities

Investors looking for a safe haven asset will be one of the primary drivers of gold this year as people worldwide start to feel the impact of inflation.

Goehring & Rozencwajg first see gold price weakening as the Fed kicks off its spring and summer rate hike cycle. But, this drop in prices would mark the bottom in gold and present a buying opportunity before the next leg up.

The best time for gold this year will be in the fall and winter period, Goehring pointed out. "When Fed starts to raise rates, that will create massive problems. Back in 2018, when the Fed raised rates, it produced a huge problem in the global repo market. They had to undo all the tightening they did. The same thing will happen this time. That is when the gold bull market goes crazy to the upside — when they have to give up their rate tightening due to a problem in the financial system that they didn't anticipate," Goehring said.

"If we pull back to $1,650-$1,625 this summer when the Fed is raising rates and then gold bottoms around there, the gold bull market will start in Q4," Goehring added.

However, the agriculture market will be one of the first commodities to feel the direct impact of higher oil prices.

"We are seeing a huge impact on global fertilizer markets. The process of making nitrogen fertilizer is very energy-intensive. And we already had supply disruptions. Plus, China has severely restricted the supply of urea, which is used as a nitrogen-rich fertilizer," Goehring explained.

Stories are beginning to emerge of physical shortages, including farmers having to reduce their planting because of urea shortages, Goehring added.

"You have to apply nitrogen every year. If there is any reduction in nitrogen application, it will immediately impact crop yields. This would severely impact things like global corn and wheat," he said.

The spillover of the energy crisis and increased natural gas costs into fertilizer and global agriculture markets should be carefully monitored throughout the year, added Goehring.