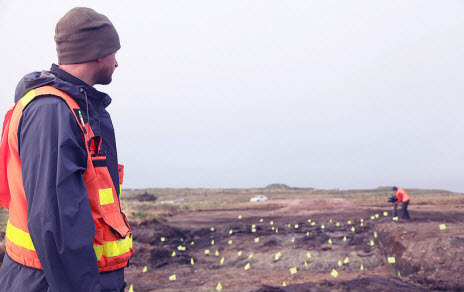 (Kitco News) - AngloGold Ashanti (NYSE: AU) today reported that its gold production in 2021 was 2.472 million ounces, which is 19% lower compared to 3.047 million ounces (including 241 thousand ounces from its previously owned South African operations) produced in 2020.

The company explained that production in 2021 was lower than the prior year mainly due to the sale of the South African operations, the company undertaking significant reinvestments across key assets, lower realized grades across certain operations, the temporary suspension of underground mining activities at Obuasi, as well as the continued impact of the COVID-19 pandemic on production and costs.

However, the company said that 2021 production was within the revised production guidance and that a recovery from a "difficult" first half of 2021 continued, with a 12% step-up in production from operating assets in the second half of the year versus the first half.

Importantly, the company noted that it continued to show exploration success, with the addition of 2.7 million ounces of new ore reserve in 2021, more than replacing depletion, and that a 3.4 million ounces new mineral resource was added at the Silicon project in the US, and the Obuasi mine in Ghana resumed production in January 2022 as planned.

The company also announced that its headline earnings for the period were $642 million, a decrease of 39% from the comparative period (2020: $1,000 million).

AngloGold Ashanti added that the overall decrease in earnings for the period was primarily due to lower gold sales volumes, higher operating costs, unfavorable foreign exchange movements, increased exploration and evaluation costs, as well as lower income from joint ventures.

The company's production in 2022 is expected to be 2.55Moz to 2.80Moz, with the majority of the production growth coming from Obuasi. Over the rest of the portfolio, the company sees some marginal improvements in production at Tropicana, Sunrise Dam, Iduapriem and Siguiri, and expects consistent performances at the remaining assets.

AngloGold Ashanti, with its head office in South Africa, is an independent, global gold mining company with a diverse portfolio of operations, projects and exploration activities across nine countries on four continents. The company is the third largest gold producer globally and the largest on the African continent.