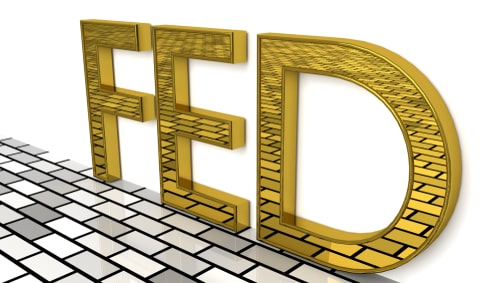 (Kitco News) The gold's bull market won't be stopped by the slate of Federal Reserve rate hikes expected to begin in March, according to Wells Fargo.

One of this year's more bullish forecasts for the precious metal comes from Wells Fargo, which sees gold trading at $2,100 by the year-end.

However, with many questioning how gold could do well in light of the very hawkish Federal Reserve's monetary policy stance, Wells Fargo decided to elaborate.

“Our 2022 year-end gold price target is $2,000 - $2,100 per troy ounce. One of the more common concerns we hear is whether a hawkish Fed — set to hike rates in March — will render our positive gold outlook incorrect," said Wells Fargo's investment strategy analyst Austin Pickle.

"As short-term rates increase, other assets that can provide investors an income stream appear more attractive than the zero-yield yellow metal," Pickle explained. "Also, gold tends to be used as an inflation hedge and, as the Fed hikes rates, it is combating inflation. These arguments suggest that higher federal funds rates could pressure gold."

However, history tells a different story, which is why Wells Fargo shared its analysis of gold's price action during the previous rate hike cycles going back to 1994.

"Gold has typically bounced following initial Fed rate hikes," Pickle said. "Interestingly, gold, after struggling in the months leading up to the initial rate hike, has tended to rebound higher — and even outperform the S&P 500 Index — in the months following. In other words, we believe gold can still shine in the shadow of Fed rate hikes." 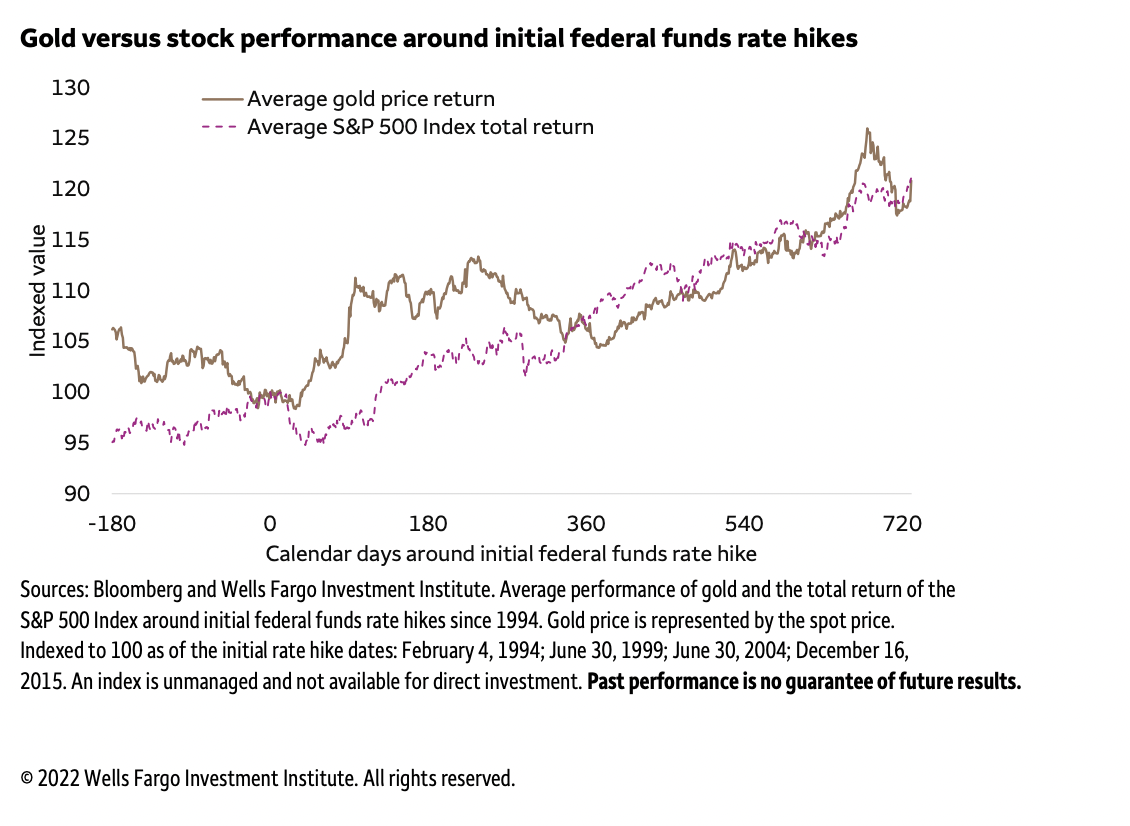 During the past month, gold has surged on the back of the geopolitical tensions between Russia and Ukraine as more investors look for protection amid uncertain times. At the time of writing, April Comex gold futures were trading near eight-month highs of $1,909.60 an ounce.