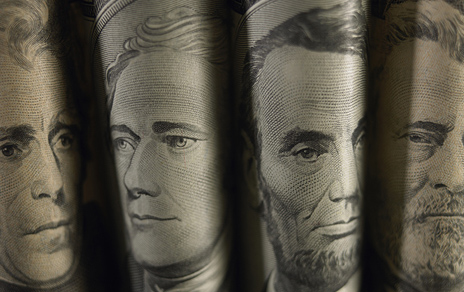 (Kitco News) - Russia's invasion of Ukraine has added further uncertainty to the global economic picture. It might slow the Federal Reserve from aggressively tightening interest rates, but it hasn't completely taken rate hikes off the table, according to some analysts.

Some market analysts have noted that while the conflict in Eastern Europe is creating geopolitical uncertainty, the biggest threat to the global economy remains rising consumer prices, which central banks have to address.

The geopolitical tensions cooled slightly late Thursday afternoon after President Joe Biden announced further sanctions against Russia but also said that the U.S. would not send troops into Ukraine. He also did not sanction the oil market or Russia's role in the Society for Worldwide Interbank Financial Telecommunication (SWIFT).

"The Federal Reserve is so far behind the inflation curve that regardless of what happens in Ukraine, they have to raise interest rates," he said.

Thorsten Polleit, chief economist at Degussa, said that he also expects the Fed to remain on course to raise interest rates. He added that if the Fed did nothing, it could cause inflation expectations to become unanchored.

However, he noted that the Fed is not looking to tame inflation, only to show markets a false bravado that it is still in control. He described any rate hikes from the central bank as "cosmetic in nature."

"The Fed is going to do something, but if they have no intention of getting in front of inflation," he said. "If they aggressively rated interest rates and pushed real rates into positive territory, they would crash credit markets. They would significantly damage the paper money market."

Win Thin, global head of currency strategy at Brown Brothers Harriman, said in a note Thursday, Russia's invasion into Ukraine has made the monetary policy a little more complicated.

He is not ruling out a rate hike next month but noted that market expectations for a 50-basis point move have dropped to about 20%.

"Between 150-175 bp of tightening over the next 12 months is priced in but are edging lower. Looking further out, the swaps market is back to pricing in a terminal Fed Funds rate of 2.0% after spending some time north of that level. This should eventually move closer to 2.5% and likely even higher, but the Russian invasion has made the Fed policy outlook much more uncertain," he said.

Jonas Goltermann, senior market economist at Capital Economics, also said that expectations for the Federal Reserve to surprise with a 50-basis point hike in March are probably unlikely; however, he still sees the central bank tightening.

"With the jump in energy prices meaning that inflation will most likely remain higher over the coming months, we doubt the conflict will have a major bearing on the outlook for the Fed policy," he said.

Commodity analysts have noted that gold prices could continue to struggle as the safe-haven bid in the market starts to fade, and investors once again focus on rising interest rates.

The gold market saw a sharp selloff after President Biden did not escalate the U.S.'s conflict with Russia. According to some analysts, the new round of sanctions was also underwhelming. After seeing a 3% move overnight following headlines of Russia's invasion of Eastern Europe, the gold market has given up all of its gains. It has dropped below $1,900 an ounce.