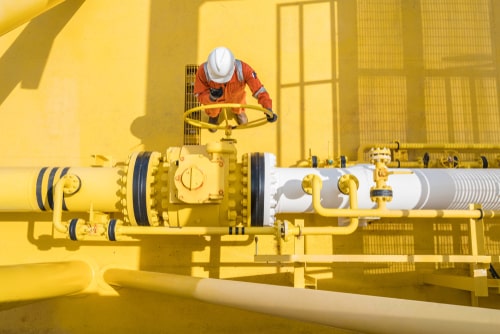 (Kitco News) Don't be fooled by $100 oil headlines, said Bloomberg Intelligence, adding that Russia's full-scale invasion of Ukraine could potentially trigger a global recession that would lead to a collapse in oil prices.

"The crude oil market is likely to mirror past reversion patterns from elevated prices. Brent crude has dropped about 80% on three occasions since the 2008 peak. It's possible that Russia's invasion of Ukraine triggers global recession and accelerates electrification and decarbonization trends," McGlone said in a note on Monday.

According to Bloomberg Intelligence, after surging to multi-year highs on the back of the conflict in Ukraine, oil could be at risk of a reversal if a global recession is in the cards.

McGlone explained: "The Russia-Ukraine war is a potential catalyst for a global recession and energy-price spike. The conflict is unique, but in 2008, the severe risk-asset reversion was aggravated by a sharp rally in West Texas Intermediate crude oil to its peak around $145 a barrel," he said. "We see parallels. If crude oil keeps rallying like 14 years ago, it may tip the world toward recession and follow the high-price-cure trajectory."

The result would be crude oil tumbling along with other risk assets. "The new world order is likely to shift liquid fuel flows (Russia to China) rather than cut supply. What's more certain is North American producers gaining plenty of impetus," McGlone said. "Brent crude oil around $100 a barrel may have entered a lose-lose stage. We see spiking energy prices in 2022 akin to 2008, just before the collapse, but with demand tilting unfavorably due to the war."

Also, oil's spike in response to Russia's invasion of Ukraine will accelerate the world's shift to renewable energy, McGlone added.

"Russia's invasion of Ukraine and spiking energy prices will accelerate the redundancy process of the old-world dependence on fossil fuel and incentivize the transition toward alternatives. In the meantime, Europe's energy crisis should spur plenty of stockpiling before next winter and tilt demand toward the world's largest liquefied natural gas exporter -- the U.S.," he said.

Fed's Kashkari: 'quite a ways away' from pausing rate hikes