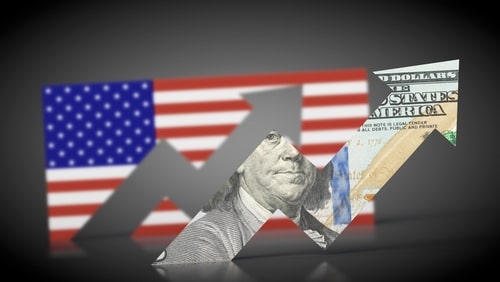 (Kitco News) With U.S. inflation running at 40-year highs, the Federal Reserve's priority is to avoid "entrenched" and "self-perpetuating" inflation. But Russia's invasion of Ukraine and the new sanctions could have "unintended consequences," Chair Jerome Powell testified on Thursday.

This is something the Fed is watching very carefully, Powell told the Senate Banking Committee. "Everything is so uncertain. We don't want to add to the uncertainty. At times like these, we move carefully," he said.

Powell confirmed that he plans to support a traditional 25-basis-point hike at the upcoming March 15-16 FOMC meeting. Fed officials will also iron out a plan to reduce the central bank's nearly $9 trillion balance sheet.

However, a big concern going into the spring is the "unintended consequences" of sanctions against Russia and the war in Ukraine.

Russia's invasion of Ukraine already saw commodities hit multi-year highs, with the price of oil surging past $100 a barrel. This could have an impact on inflation expectations and growth, Powell noted.

"What we know so far is that commodity prices have moved up significantly, energy prices in particular. That is going to work its way through the U.S. economy. We're going to see upward pressure on inflation, at least for a while. We don't know how long that will be sustained for," Powell explained. "In addition, we could see risk sentiment declining. We could see lower investment, people holding back on spending. It is hard to see what the effect on both supply and demand will be. I would just echo that we need to be alert and nimble as we make decisions in what is quite a difficult environment."

However, Powell warned that what matters most, in this case, is how persistent those commodity price spikes are. He pointed out that any long-term oil shocks could filter into inflation and impact economic growth.

"Oil prices are up substantially from where they were two months, and that will get into gasoline prices and other fuel prices. And that will show up in higher inflation … Typically, with an oil spike, prices go up, and they either stay at that level or go down. In either of those cases, they add to the price level, but not to inflation," Powell said. "The concern, though, is there's already a lot of upward inflation pressure. And additional inflation pressure does probably raise at the margin the risk that inflation expectations will start to react in a way that is negative for controlling inflation."

Despite these worries, it is important for the Fed to proceed with tightening because of the tight labor market and hot inflation, Powell reiterated.

"It is appropriate for us to continue along the lines that we had in mind before the Ukraine invasion happened," he said. "We don't want inflation to become entrenched and self-perpetuating … We are proceeding with rate hikes."

As Powell testified, gold prices reversed their daily losses and edged up. April Comex gold futures were last trading at $1,933.90, up 0.60% on the day.