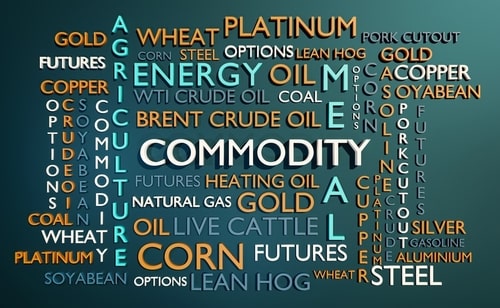 (Kitco News) The gold market was trading near daily lows after losing more than $70 and falling below $2,000 an ounce. The selloff coincided with oil plummeting 10% and risk assets, such as stocks and crypto seeing strong gains.

The commodities rally cooled on Wednesday, with oil, platinum, silver, copper, wheat, and corn reporting losses. West Texas Intermediate crude fell 10% to $110, while Brent crude was down 11% at $114.

"WTI crude is now 10% lower from the highs made at the start of the trading week, but pullback seems premature given the short-term supply disruption risk remains extremely elevated," said OANDA senior market analyst Edward Moya. "Coordinated efforts to tackle the global energy crisis will help ease some of the pressures we've seen, but the key to risk appetite will depend on how long the war in Ukraine lasts."

The precious metal was reacting to a rebound in risk-on sentiment on Wall Street, but the move could be premature as the situation in Ukraine is yet to improve.

"Today's rally was more of a dip-buying due to oversold conditions, but this massively complicated situation probably won't see a quick fix as Ukraine will unlikely budge on recognizing Crimea and separatist-held regions as Russian," said Moya.

Optimism on Wall Street comes as Ukrainian President Volodymyr Zelenskiy said he 'cooled down' regarding the question of his country joining NATO. On Thursday, it will be two weeks since Russia invaded Ukraine.

Gold, like other commodities, will likely remain a very volatile trade as markets continue to digest developments in Ukraine and potential new supply shocks, Moya pointed out.

"[The precious metal] will likely pivot around the $2,000 level. If U.S. stocks continue to defend the lows made during the initial shock that happened at the beginning of the conflict, then gold can continue to edge lower. Gold may form a trading range between the $1,965 and $2,050 levels," he noted on Wednesday.

An important support level to watch is the $1,922 an ounce, said DailyFX strategist Michael Boutros. "Trade remains constructive while above $1,922 (key support) - losses should be limited to this threshold IF Gold is heading higher," he said on Wednesday.

"Although inflation shocks may amplify the hawkishness of other major central banks, it should also bolster gold's traditional role as an inflation hedge, especially amid fears of stagflation. If markets perceive a greater risk of a global recession, perhaps triggered by a policy error from a major central bank, that could translate into further demand for safe-haven assets," Tan said.

Aside from the geopolitical angle, there is one critical macro release that markets are carefully watching. And that's Thursday's CPI number out of the U.S.

Economists say that February's inflation has likely accelerated and is far from peaking. Market consensus calls are projecting to see the annual CPI headline number at 7.9% in February after rising to 40-year highs of 7.5% in January.

"The risk is for an even larger increase in prices," said DailyFX chief strategist John Kicklighter. "There has also been a dramatic increase in prices for commodity prices in the open market. While energy costs have jumped sharply, the upward pressure has spread to metals and 'softs' in the final weeks of February (the measurement period)."

"After the most recent bout of market volatility and Ukraine uncertainty, we have seen the probability of a 50bp hike drop from as high as 40 percent to virtually no chance as of Friday. The CPI update can change that view," Kicklighter added.

The recent surge in commodities has many worried about inflation remaining elevated for longer. DoubleLine Capital CEO Jeffrey Gundlach said in a webcast on Tuesday that inflation could surge to 10% before hitting its peak this year, forcing the Federal Reserve to be more aggressive.

"Some people are bringing out the narrative that with the war in Ukraine, the Fed is less likely to be as aggressive in raising rates. I completely disagree with that," Gundlach said. "It depends where commodities go, but I think we could be headed to a 10% CPI … before we get any relaxation."