Everything you need to know about gold price at $2,000 and what to expect next 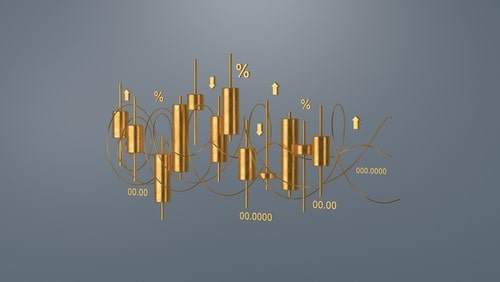 (Kitco News) The gold market has woken up after a disappointing year. And even though geopolitics were the initial trigger that kicked off the price surge, analysts say it is now about so much more than that. Here's everything you need to know.

The precious metal is already up 9.4% year-to-date. A very strong return for gold, especially after closing 2021 down 3.6% — its worst performance since 2015.

The geopolitical uncertainty concerning Ukraine and new sanctions against Russia have created strong demand for gold. Investors view the precious metal as a hedge against risk, inflation, and economic shock.

"The price of gold is rocketing at the moment predominantly because of the geopolitical circumstances. With the increased economic instability caused by the war in Ukraine and Russia, investors are feeling nervous and pulling out of stocks and equities where the returns are dwindling and instead, putting their money into the traditional safe haven of gold," said MarketOrders co-founder and COO Sukhi Jutla.

The move higher in gold began a few weeks before Russia invaded Ukraine. One of the primary triggers was a new outlook on inflation, with markets starting to doubt the central banks' ability to control the quickly accelerating inflation in light of significant supply chain issues.

However, the rally really gained speed as tensions between Russia and Ukraine escalated. In February, the precious metal flew past $1,800s and $1,900s, hitting a new record high of $2,078.80 an ounce on March 8.

Since the war in Ukraine began, gold ETFs alone saw 55 tons of inflows, said Commerzbank analyst Daniel Briesemann. "Gold is in considerable demand as a safe haven, as evidenced by persistently high ETF inflows. According to Bloomberg, inflows totaled more than 14 tons yesterday; inflows since the invasion of Ukraine by Russia have amounted to 55 tons." 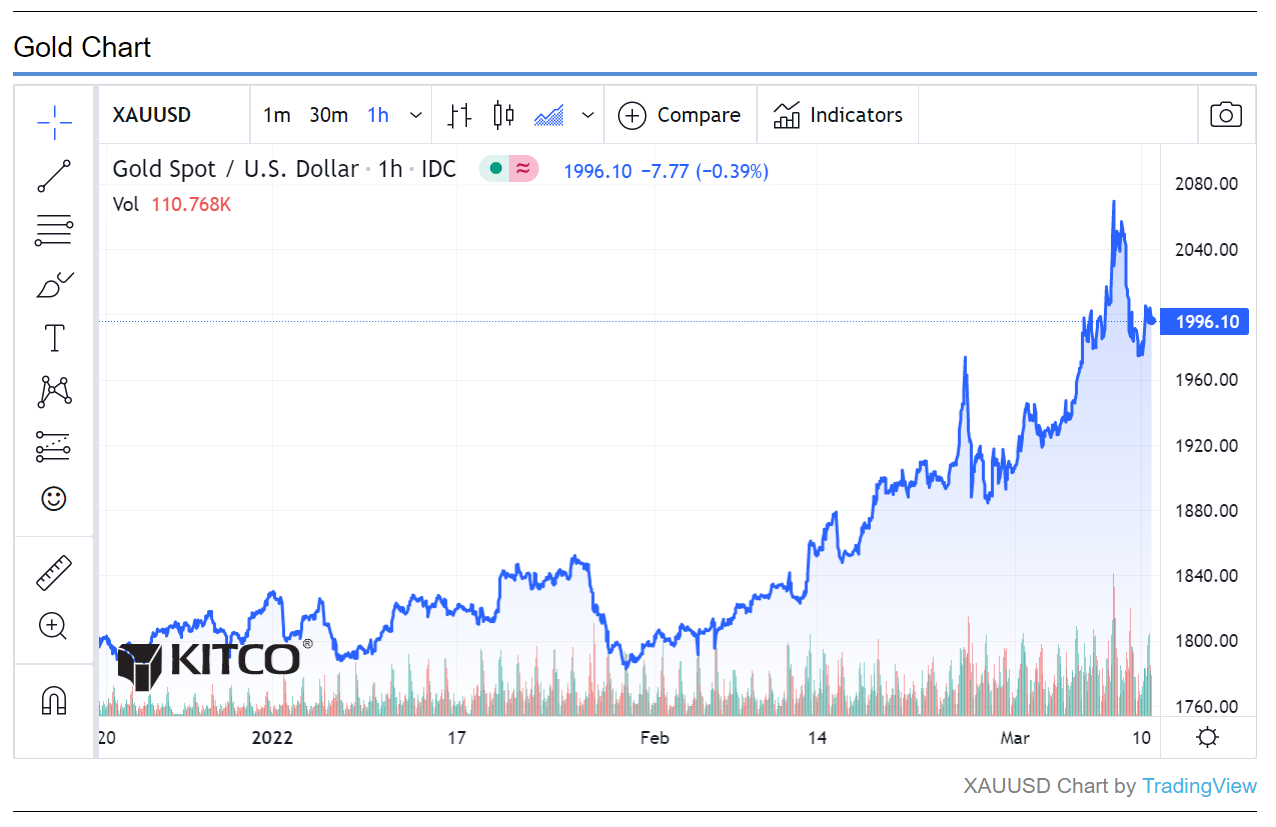 However, even this $200 price move had many analysts reminding investors that geopolitical triggers are temporary drivers of gold, with most gains likely to be eventually given up. And then, the war in Ukraine and severe sanctions against Russia started to weigh on the global inflation and economic outlooks, raising fears of stagflation.

"We are drifting into full-blown sanctions," TD Securities head of global strategy Bart Melek told Kitco News. "Typically, the risk premium to gold following geopolitical event peters out quickly. But in this situation, even if things calm down, you will still have an inflation problem. And it doesn't look like it will calm down any time soon. You are hoping for peace, but it doesn't look likely based on what we've seen lately. We are going to get these supply shocks counting across the board."

Even Federal Reserve Chair Jerome Powell admitted that he is carefully watching the "unintended consequences" of the conflict.

The major concern has become higher commodity prices, according to Powell. He added that the most important thing to monitor is how persistent those commodity price spikes will be, stating that any long-term oil shock could filter into inflation and slow economic growth.

This is where analysts began to describe gold as starting to shine again due to this mix of geopolitics and stagflation fears.

The war in Ukraine reminded investors worldwide of how tangible gold is, which has made it so appealing for thousands of years.

"The world is coming back to the idea that gold - physical, hold it in your hand gold - is the money you want in a crisis. More than a decade of peace and bull stock markets helped us forget that truth. But the Russian invasion of Ukraine brought back the reality of life in crisis in real-time," said Mangrove Investor founder and CEO Matt Badiali.

This crisis has investors asking questions like how useful digital money is when there is no internet, how to access bank accounts if the funds have been frozen, and how can people afford anything if their currency loses its value quickly, Badiali told Kitco News.

"The solution to these problems is gold (and other precious metals). In peace and prosperity, the need for emergency cash is distant. We can put a value on things like digital pictures. But, when you are starving, cut off from electricity and the internet, those things don't matter. If I can't access the internet, I can't Venmo you the price of food. But I can trade you a necklace or a ring for a loaf of bread," he said.

And on top of that, investors never forget about the path of the Federal Reserve, which was on track to start raising rates aggressively prior to Russia's invasion of Ukraine.

"Inflationary expectations have surged all over the place. The Fed is going to be in a difficult situation policy-wise," said Melek. "If they get aggressive, does that really help inflation? Not really. The supply shock is there. Inflation impact from higher rates would be later. And there is already a negative supply shock, so it might not be wise to do this. And therefore, gold is going higher."

What's next for gold?

This rally has cemented a new floor in the price of gold, said Badiali, adding that he doesn't see the precious metal falling below $1,600 an ounce over the next five to ten years. "My working hypothesis is that these lessons will result in a higher base for the gold price going forward," he said.

Gold will likely continue to post gains for most of this year, noted Jutla. "I predict gold could go as high as $2,500," she said.

Plus, as Russia sanctions are putting significant upward price pressure on many commodities, gold is looking like one of the top beneficiaries this year, said Bloomberg Intelligence senior commodity strategist Mike McGlone.

"Gold is set to be a top beneficiary of the Russia-Ukraine war and spiking commodities that cripple demand. We view the metal as a leading potential 2022 end-game performer, notably when commodities priced for supply shocks succumb to inevitable demand destruction," McGlone said in a note this week.

Another supportive driver going forward will be additional central bank gold buying. Gold is viewed as a real asset that no one can take away, Melek pointed out.

"I suspect there is a lot of purchases by central banks. It's turning out that $600 billion of Russia's foreign reserves are useless because its central bank has been sanctioned. The only thing that seems viable now is physical gold. The experience is similar on the individual level, as your accounts can be frozen. If they cut off your internet, you can't get your money. But no one can access physical material," he explained.

Gold is still at the beginning of its latest bullish cycle, which started in 2020 and will likely last for another eight or nine years, said Canadian investor Stan Bharti, who founded the merchant bank Forbes & Manhattan. "Gold is going to go much higher — $4,000-$5,000 in this cycle," Bharti said, citing the current inflation cycle.

On more of a shorter-term basis, gold should hit $2,500 by the same time next year, he added. "Inflation is coming back big time. Whenever inflation comes back, currencies drop, with all geopolitical uncertainty, production of these metals will be more difficult," Bharti said.